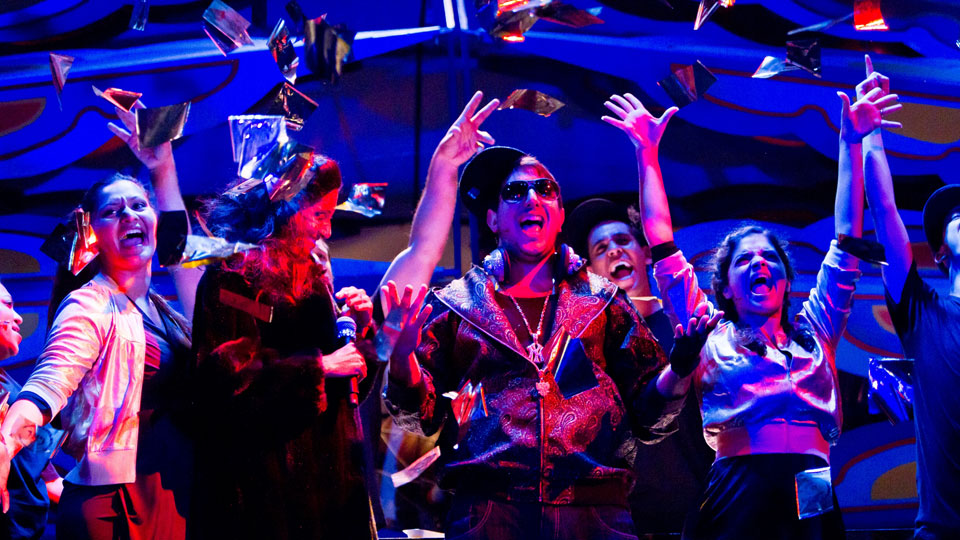 After acclaimed runs in 2010 and 2011, hit musical Britain’s Got Bhangra will return for a UK Tour this Autumn in a brand new production, opening at Manchester Palace Theatre on Thursday 3rd September.

Charting the rise of British Bhangra from the sequin-clad 80s through to the RnB fusion in today’s charts, Britain’s Got Bhangra follows Twinkle, a farmer’s son from Punjab, India who comes to England to make a better living for himself and his wife. A gifted singer, he goes from making a living as a van driver in Southall to becoming a rising star in the fast-growing Bhangra music scene.

Britain’s Got Bhangra is written and directed by Pravesh Kumar of award-winning British Asian Theatre Company Rifco Arts. Rifco’s other productions include The Deranged Marriage, Happy Birthday Sunita and Break the Floorboards.

Britain’s Got Bhangra is produced by Sell a Door Theatre Company and has music and Bhangra direction by Sumeet Chopra. English Lyrics are by Dougal Irvine with Punjabi lyrics by Bittu Denowalia.

Casting to be announced.

In this article:Britain’s Got Bhangra