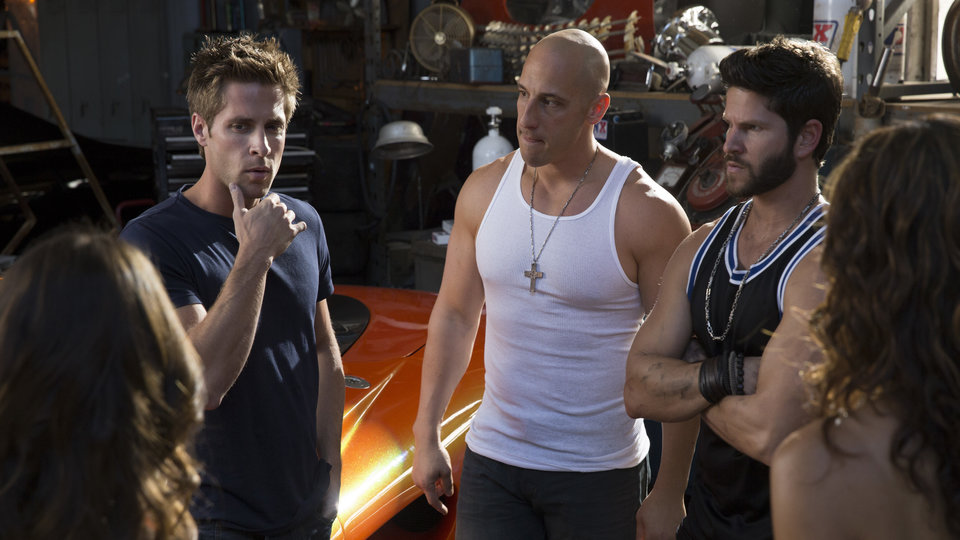 From the creators of Date Movie, Epic Movie, Meet The Spartans and more, comes the hilarious comedy spoof of the mega-popular ‘The Fast and the Furious’ franchise, Superfast! – released on DVD and On Demand on Monday 30th March 2015.

This spoof centres around a not particularly smart or streetwise undercover cop, Lucas White (Alex Ashbaugh), who’s never driven a manual car before, but somehow still manages to infiltrate Vin Serento’s (Dale Pavinski) LA gang of illegal street racers. They are Superfast! and they are a little furious; watch as they plot to double-cross LA crime kingpin, Juan Carlos de la Sol (Omar Chaparro), who hides his cash in Big Ass Tacos establishment downtown. The gang’s outrageous plan is as daring as it is ridiculous and will see them towing the whole damn restaurant at crazy speeds.

Along for the Superfast! ride is Vin’s slap-dash crew made up of assorted members including; his girlfriend Michelle (Andrea Navedo), who maybe appreciates a beautiful woman even more than Vin, and his sister Jordana (Lili Mirojnick), who finds Officer White’s fondue-eating, face-licking first date irresistable. One Direction fan Curtis (Daniel Booko), Vin’s sidekick, soon gets replaced as favourite by the incredibly idiotic Lucas White, who is “so white” he often gets “mistaken for the WikiLeaks guy”. And what street car racing film would be complete without a ‘Rapper Cameo’? Or a ‘Cool Asian Guy’? And most importantly, the hot ‘Model Turned Actress’, who doesn’t have a lot of lines but looks pretty cool driving a car.

Superfast! is an action packed satire that has it all – cars, guns, violence and comedy. Make sure you don’t miss out on the biggest spoof of the year from the writers of Scary Movie.

For your chance to win a copy on DVD, just answer the movie question below.