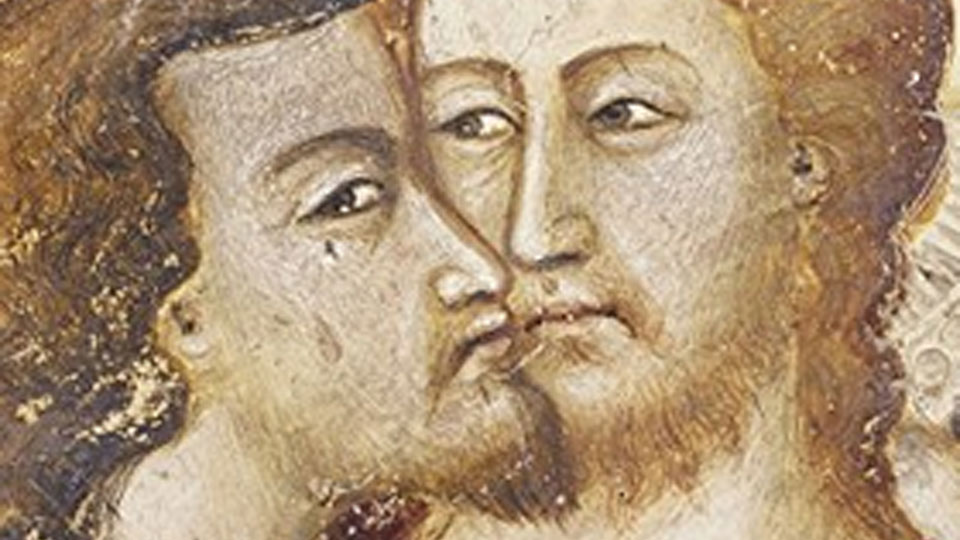 The character of Judas, the apostle who betrayed Jesus to the Roman authorities, leading to his crucifixion and death, has fascinated people for two millennia. Is he the ultimate traitor, symbolic of evil; or a scapegoat, whose actions led to Jesus’ necessary sacrifice?

Peter Stanford’s fascinating new book assesses the depictions of Judas throughout the ages, from the figure found in the gospels, to his representation in wider culture, incorporating religious iconography in churches to the writings of prominent Christian theologians and intellectuals, as well as mentions of Judas in popular culture. What emerges is a thorough account of how one man has always sharply divided opinion.

Judas isn’t a biography because, despite the key role he played in establishing Christianity, so little is known of the historical figure of Judas Iscariot. The first substantial section of the book analyses the mentions of Judas in the four canonical gospels – though this amounts to surprisingly few passages, and they all give slightly different accounts of the familiar story of the kiss, the thirty pieces of silver, the effort of Judas to return the money to the temple, and his later suicide by hanging in Hakeldama. Stanford also turns to the recently unearthed Gospel of Judas – discovered in 2006 – but finds it unhelpful early Christian propaganda. After reading Stanford’s assessment, you won’t expect to see it added to the New Testament any time soon.

A commendable aspect of the book is Stanford’s thorough dissection of the ways in which Judas has stood for the Jewish race in general, and the deep-rooted Christian anti-Semitism that found expression and attempted justification through Judas’ betrayal. Stanford examines this from its origins, where early Christians wanted to see themselves as distinct from the Judaism of their faith’s founders rather than as part of a Jewish squabble (as the Roman occupiers certainly saw it), and in doing so accentuated the Jewishness of Judas; all the way through to the Holocaust, after which the Catholic Church finally stopped finding the Jewish people guilty of deicide. In recent decades, organized Christianity has turned its ire onto a fresh minority: the LGBT community, and Stanford’s book tantalisingly touches on suggestions, often resulting from the unnecessary kiss, about Judas’ sexuality, especially as depicted in homoerotic paintings by Caravaggio and Carracci.

Whilst the breadth of research that has gone into the book is admirable, the major problem is a lack of objectivity, which, as a work of scholarship, leaves the book incomplete. For example, Stanford postulates why Judas, in John’s gospel, is identified from the start as a traitor. Bad writing (which is to make no claim either way about the veracity of the stories found in the gospels), which is perhaps the most obvious explanation, is not entertained. He also raises concerns about why Judas kissed Jesus, given that the Roman authorities would have had no problem identifying him; and examines whether or not Judas was in possession of his own destiny in betraying Jesus without mentioning more obvious, if cynical explanations, such as fictional embellishment. In speaking of author Graham Greene, Stanford describes him as “notoriously prone to doubt”, an odd choice of words loaded against the non-believer, and in the acknowledgements, he makes reference to, “high-profile outbursts by militant atheists” – a lazy ad hominem attack that seeks to suggest a moral equivalence between those who commit atrocities in the name of their chosen religion, and non-religious people who voice an opinion that is hostile to the idea of religion. It’s curious that, with such verbal tics, Stanford assumes a wholly Christian readership, since the history of religion and theology are often subjects of interest to secularists, sceptics and the non-religious with a bent for anthropology and history. There’s no doubting Stanford’s passion for his subject, but taking a step back from it would have made for a more balanced book, and therefore one that would find a more universal readership.

Stanford also has the thankless task of knowing there never can or will be a final word on his chosen subject matter. What Judas does, quite successfully, is to offer a potted history of how Judas Iscariot has been depicted throughout the two thousand-year history of Christianity, and he derives some interesting conclusions about what that says about societies of their time. We also enjoyed the travelogue aspects of the work, as the author brings to life visits to Hakeldama, Gethsemane and Volterra to name a few of the more exotic locations. Anyone with a strong interest in the history of religion who doesn’t mind an overtly Christian perspective will find much to enjoy within these pages.