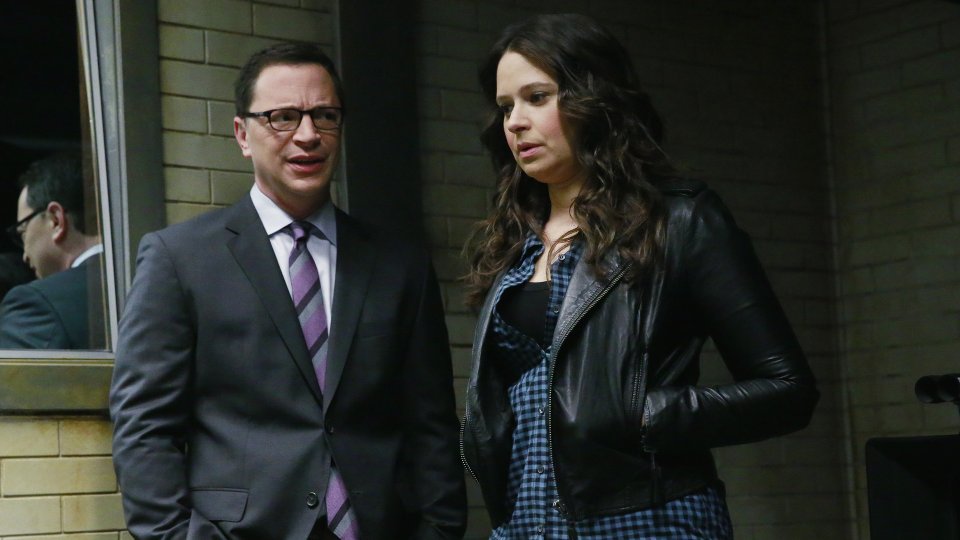 Vice President Andrew Nichols (Jon Tenney) was revealed to be behind Olivia’s (Kerry Washington) kidnap in the latest episode of Scandal.

Revealing his hand, Andrew blackmailed Fitz (Tony Goldwyn) to declare war against West Angola otherwise he would kill Olivia. Fitz told Mellie (Bellamy Young) what was going on and agreed to Andrew’s demands in order to try and save Olivia.

Elsewhere in the episode Huck (Guillermo Diaz) and Quinn (Katie Lowes) realises Olivia was leaving them clues as to her whereabouts , Olivia convinced her captors to sell her on the open market instead of following Andrew’s orders, and the Gladiators found Olivia’s location but she had already left with Ian.

The next episode of the season is Gladiators Don’t Run. As the auction to sell Olivia begins, the team turn to an unexpected source for help.