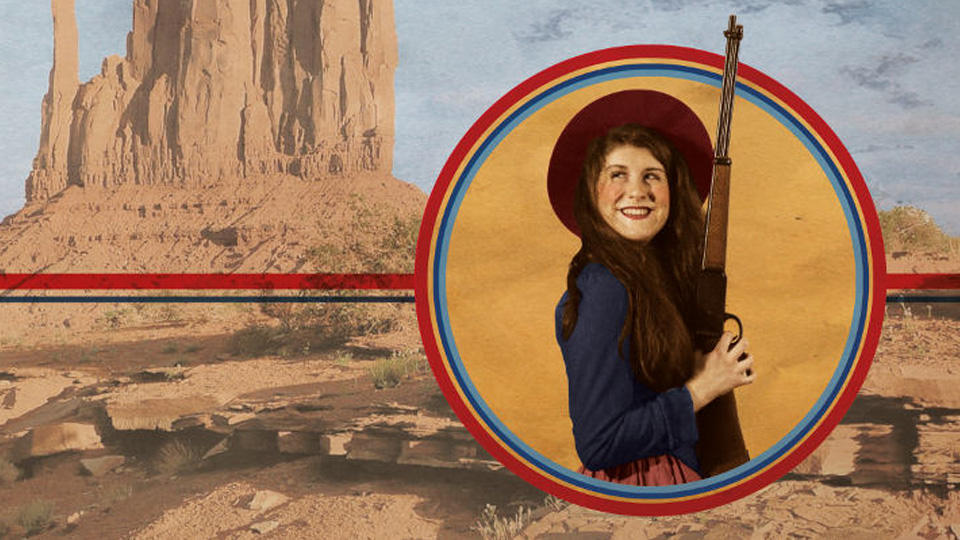 Buffalo Bill’s Wild West show rolls into town with sharpshooter Annie Oakley hitting the target with Little Sure Shot, a co-production between West Yorkshire Playhouse and The Egg, Bath.

This exciting new play with songs and music is being created by the all-female team of director Amy Leach, writer and composer Lucy Rivers and designer Hayley Grindle to tell the inspirational story of the legendary western sureshot Annie Oakley.

Little Sure Shot builds on West Yorkshire Playhouse’s successful Community Engagement Scheme which began last year with a successful community tour of Alan Bennett’s Talking Heads. In addition to the performances in the Courtyard Theatre at West Yorkshire Playhouse, Little Sure Shot will visit eight venues across Leeds in April and early May, including Seacroft, Chapeltown, Gipton and Armley.

At the age of seven Annie taught herself how to shoot. At 16 she met the love of her life Frank Butler – in a shooting contest, of course. And at 21 she was the most famous female sharpshooter in the west, becoming the star attraction in Buffalo Bill’s touring Wild West Show with her amazing gunslinging skills.

Director Amy Leach says: “I’m delighted to be telling this extraordinary tale of a young girl overcoming adversity to become one of America’s most successful women. Bringing the world of her story to life is so much fun – the music, the costumes and the magic – and we hope it inspires and excites our audiences, young and old.”

The Playhouse’s Community Engagement programme is supported by The Liz & Terry Bramall Foundation and Asda Foundation.

Little Sure Shot opens at The Egg from 26th March – 4th April before transferring to West Yorkshire Playhouse from 15th – 18th April . It is suitable for ages 7+. Book tickets via Box office 0113 213 7700 and online at wyp.org.uk.