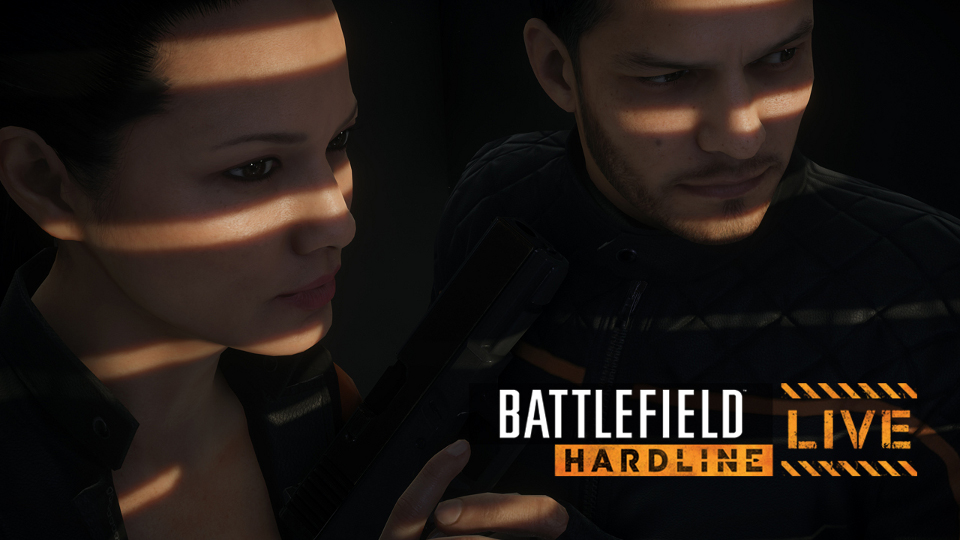 Electronic Arts UK have launched Battlefield Hardline: Live, a competition giving players the chance to lead their crew in a high adrenaline, high stakes experience that could see them win £10,000.

Players wanting to win a place to lead their crew in Battlefield Hardline: Live can enter now. Those that win the opportunity to take part in Battlefield Hardline: Live against other crews will lead their chosen crew in to a murky world where deceit and destruction are all in a day’s work. Can crews get in, get the goods, and get out without being caught to pull off the perfect crime?

Theatre company differencEngine will be hosting Battlefield Hardline: Live at a secret Central London location for eight days from Wednesday 18th March 2015 until Wednesday 25th March 2015. It will be a one-hour controlled yet immersive experience with the winning crew leader claiming the £10,000 bounty but then facing a dilemma – keep it all or share with their crew?

[quote by=”Dan Sheridan (@EA_ActionMan), UK Social & Community Marketing Manager”]It’s really exciting to let our fans dive into the world of Battlefield Hardline and experience some of the game’s excitement and intensity in a real-world competition. With £10,000 up for grabs, it’s the ultimate test of strategy under the most extreme pressure. We’ll soon see who thrives and who buckles![/quote]

Battlefield Hardline will be available Friday 20th March 2015 in the United Kingdom on Origin for PC, PlayStation 4, PlayStation 3, Xbox One and Xbox 360.

EF will be bringing you a full review of Battlefield Hardline later this month.

In this article:Battlefield Hardline, EA