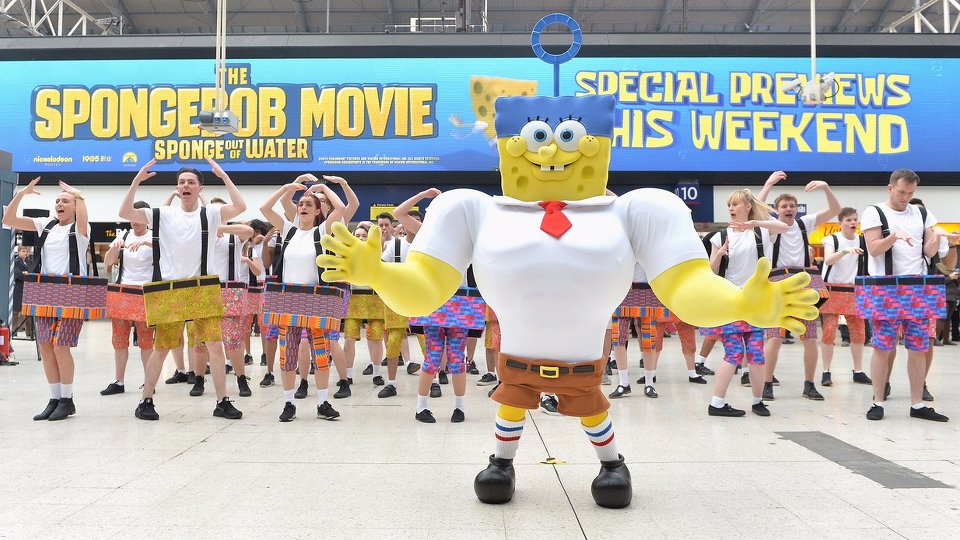 SpongeBob SquarePants has been entertaining commuters today in London for The Day of Positivity.

Along with a troop of over 60 of his cheeriest friends, SpongeBob has visited Canary Wharf, Waterloo Station, Trafalgar Square and Leicester Square. The Day of Positivity is to promote the release of The SpongeBob Movie: Sponge Out of Water, which is released on 27th March 2015 with previews on Saturday March 21st and Sunday March 22nd.

The SpongeBob Movie: Sponge Out of Water from Paramount Pictures and Nickelodeon Movies, sees SpongeBob Squarepants, the world’s favourite sea dwelling invertebrate, come ashore to our world for his most super-heroic adventure yet.

Watch a video from the day below:

Advertisement. Scroll to continue reading.
In this article:SpongeBob Squarepants