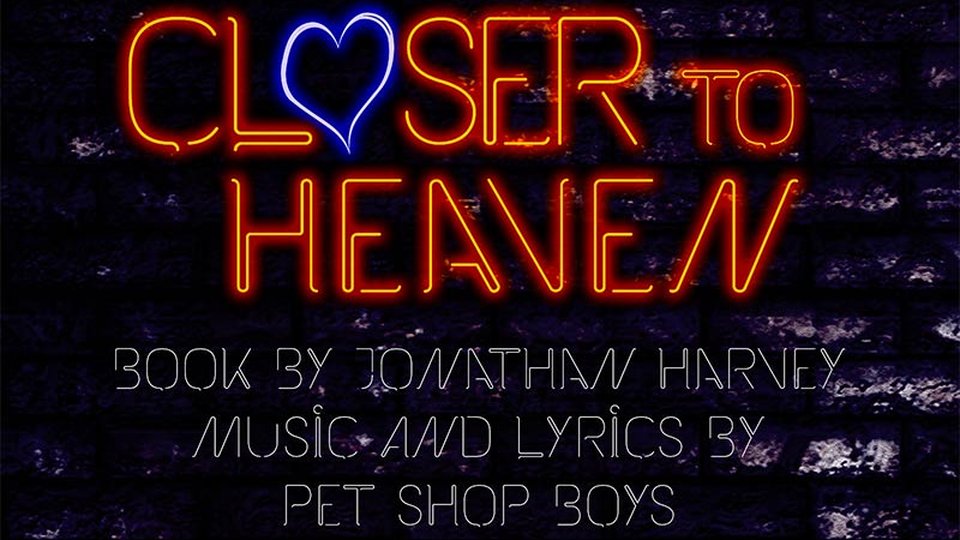 Closer to Heaven, a musical by Jonathan Harvey and the Pet Shop Boys, is to be revived in London at the Union Theatre from Wednesday 22 April 2015.

The musical originally premiered at the Arts Theatre in 2001 and features an original club score by the Pet Shop Boys.

Set against the backdrop of Soho’s pulsing clubland, Closer to Heaven tells the story of Dave, just off the boat from Ireland and determined to make something of himself. He is offered a bar job at a glitzy London nightclub, where he quickly becomes part of an unconventional family including Billie Trix, a fading rock star of the sixties and mother figure to the club’s habitués, Vic, the club’s owner and a middle-aged gay father, and his daughter Shell, who Dave sparks an immediate connection with. But will Dave truly discover himself in London, or will he fall into a labyrinth of excess, false agendas and the darker side of club life?

Closer to Heaven will be directed by Gene David Kirk. It has a book by Jonathan Harvey and music and lyrics by Pet Shop Boys with choreography by Philip Joel, musical direction by Patrick Stockbridge and design by David Shields. Casting is by Adam Braham. It is produced by Kylie Vilcins for Paul Taylor-Mills Ltd, by special arrangement with The Really Useful Group.

Casting is to be announced in the coming weeks.

In this article:Closer to Heaven, Pet Shop Boys