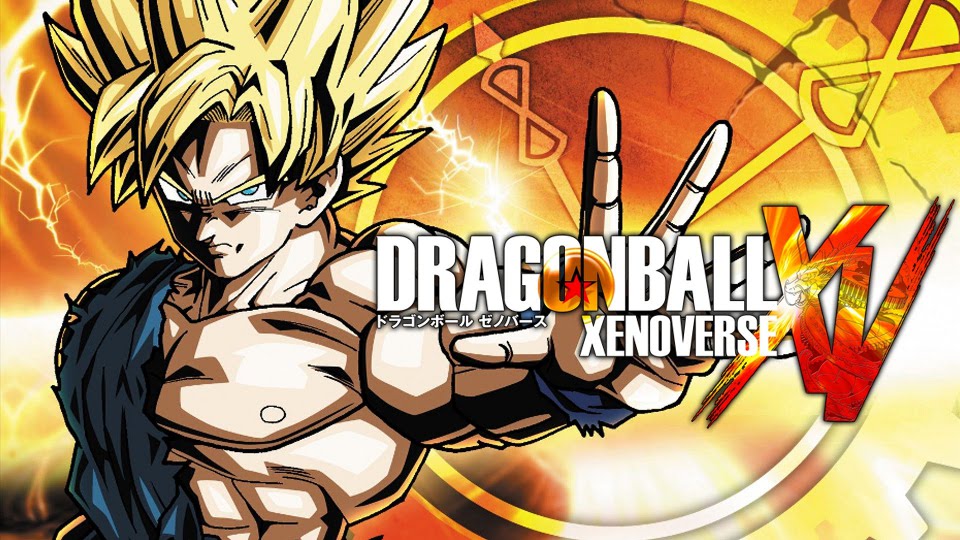 There has been a steady stream of Dragon Ball games now for nearly 30 years. They are all based on the popular manga and anime series created by Akira Toriyama. Over the years Dragon Ball fans have been able to play these games on many different console platforms.

The quality of the games has varied but now Japanese developer Dimps have returned with the first Dragon Ball title for the current generation of consoles –Dragon Ball Xenoverse. We’ve been spending some time with the Xbox One version to see if it’s worth your time.

Since the game launched a couple of weeks ago it’s had a rough time with larger than expected demand taking the servers offline. This has prevented some players from being able to play as intended. We were also affected by this and decided to hold our review until we were happy the server issues had settled and that we’d played enough.

The game starts by thrusting you straight into the action in control of Goku. It’s all a bit overwhelming and confusing to begin with but you basically have to fight your way through a series of battles. Thankfully they are easy to win and even just button mashing seems to be enough to get you through. This introduction serves as a little taste of what is to come.

Your next task is to create your own custom Dragon Ball fighter. There are five races to choose from which are Earthlings, Namekian, Friezas, Saiyan and Majin. Each race has their own specialties – for example, Earthlings are balanced, Saiyan have low health but high attack power and Majin have slow stamina recovery but high defense.

Some races allow you to choose a gender and this can also have an effect on your stats. As you play and complete battles you are awarded with experience that is used to level up. Each time that you do you gain three stat points. You can choose how to spend these to create your perfect character. We preferred going for melee focused character.

Battles also unlock gear and award in-game currency called Zeni which can be spent on new gear. Some gear simply exists for aesthetic reasons while other can be used to boost stats. The game allows you to customise your character further by choosing their special moves.

The main story takes place over nine Sagas with two more to unlock. There is a lot of time travelling as you are tasked with fixing the Dragon Ball timeline. In addition missions are replayable with different conditions as Parallel Quests which can be played both on and offline. You’ll want to do these multiple times as rewards are random drops.

Much of your time between battles is spent in Toki Toki City. This is an MMO-style hub split into three sectors where you can talk to other characters, challenge players, take on story missions or side quests. The first character you meet here is Trunks who shows you the ropes and sends you off to meet other characters before you can begin your quest.

The combat takes some getting used to and while the game does help you out a dedicated tutorial would have been a nice addition. As you progress through the story and defeat Master characters in battle you unlock them. They then have special quests and rewards for you for training with them.

Unlike most fighting games the combat takes place in large open-world arenas. This requires you to move around a lot and as you can fly it can be tricky. Some fights are made harder by the camera as you try and keep track of everything in 3D space but there is a handy lock-on ability to help.

Initially you can get by with button mashing but learning all the controls and special moves is more rewarding. It’s also essential if you want to overcome the tougher fights and coupled with the stats and equipment options gives a fairly deep game to master.

Graphically this is easily the best looking Dragon Ball game to date. Dimps appear to have nailed the anime look and at times it’s just like watching the show.

Dragon Ball Xenoverse is easily the best game in the series for a long while. It succeeds most by allowing you to craft your own character who slots nicely into the story. It’s not for everyone but is essential for Dragon Ball fans. Those unfamiliar with the series may struggle with it but fans of the fighting genre should still find plenty to enjoy.