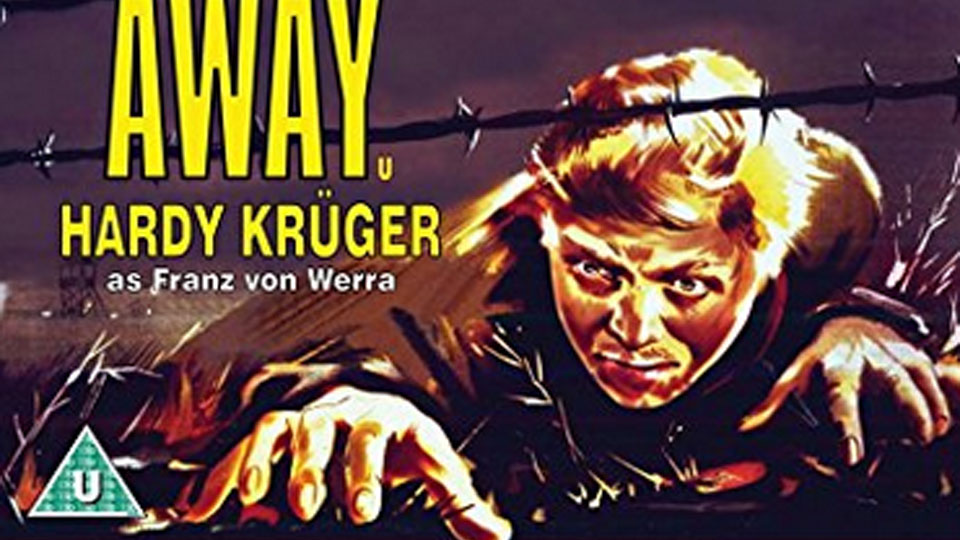 The One That Got Away is a fascinating British film from the Rank Organisation which was released in 1957 – only twelve years after the end of WWII. It tells the remarkable true story of Franz von Werra (Hardy Krüger), a Luftwaffe fighter pilot shot down and taken prisoner-of-war. Arrogant, bold and clever, von Werra makes it his mission to escape from captivity and return to Germany and to active service.

Whilst the movie is fairly staple in terms of its plot and content, and WWII movies were commonplace in the era (it’s worth remembering that it was made before The Great Escape), what marks it out is that it tells the story from a German perspective, and even manages to be somewhat sympathetic to the German pilot who is the hero of the piece. 1957 is probably the earliest the story could possibly have been told by a British filmmaker, but it remains a creditably balanced movie respectful to both sides in the conflict.

Krüger gives every indication of why he became an international star outside of his native Germany. His von Werra is a complex, compelling character, and despite his haughtiness you can’t help but sympathise with him and want him to succeed, thanks entirely to Krüger’s skill and charisma. He steals the film, and whilst there are a number of other creditable actors in it (Jack Gwillim is very sympathetic as the camp commandant) it’s really Krüger’s show, and he carries it to a thrilling conclusion where he’s the only actor on screen for a good length of time as he makes a dramatic bid for freedom.

This restored version of the movie sees it looking pristine in its original aspect ratio, and the black and white print works in its favour as it evokes wartime footage and adds bleakness to von Werra’s dramatic icy escape at the movie’s climax.

The One That Got Away is directed by Roy Ward Baker, beloved for his Hammer Horror and cult British TV output. He was easily one of Rank’s most talented directors, and would go on to make A Night To Remember the following year. This movie is quite simply perfect Sunday afternoon entertainment.

The One That Got Away is released as part of Network’s The British Film collection.