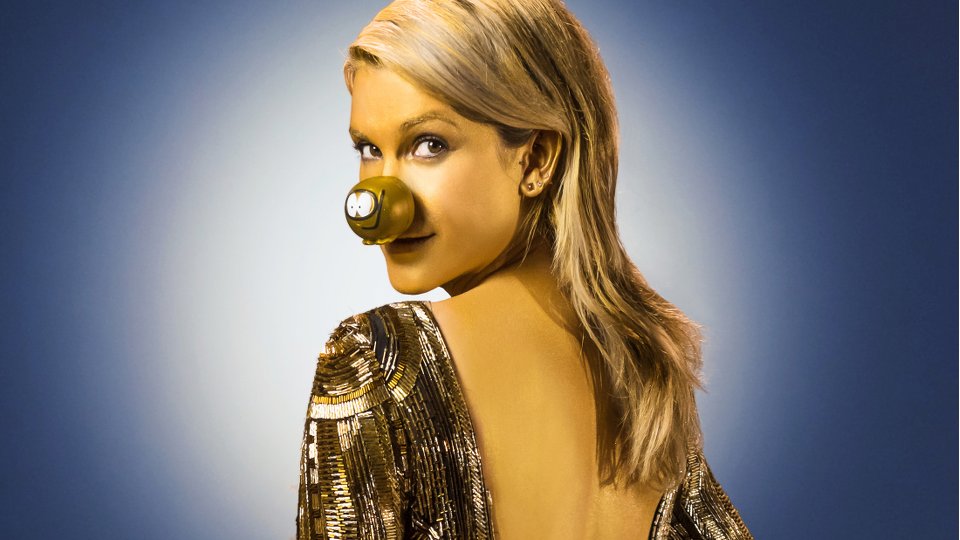 The TV presenter, singer and ex-Pussycat Doll posed with a limited edition Golden Nose to encourage the public to try and find the remaining Golden Noses at Sainsbury’s before Comic Relief on Friday. The Golden Noses have been hidden in surprise bags in Sainsbury’s stores and online.

Shoppers lucky enough to find one of the Golden Noses will enjoy an extraordinary once-in-a-lifetime experience.

Ashley commented, “It was great fun getting dressed up and being painted gold for Red Nose Day. I feel like the ultimate Golden Girl, complete with the ultimate gold nose! I’m wearing one of the limited edition, prize winning Golden Noses that are hidden in surprise bags across Sainsbury’s stores and online. Shoppers have only one week left to pick up their Red Nose and potentially track down one of the remaining Golden Noses before the big day!”

A Sainsbury’s spokesperson commented: “We’re delighted to work with Ashley to raise awareness of the remaining limited edition Golden Noses that are still hiding away in our Red Nose surprise bags – we want shoppers to have the opportunity to enjoy a once in a lifetime prize!

“We’ve been a supporter of Comic Relief since 1999 and in 2013 we raised a huge £11.5m; but we’re hoping that this time we can help make an even bigger difference to those in need, both here in the UK and across Africa.”

With at least 60p from each £1 Nose going to help transform the lives of some of the poorest and most disadvantaged people here in the UK and across Africa, Sainsbury’s is encouraging everyone to show their support for Comic Relief by picking up one of the official Red Noses or Red Nose Day merchandise at their nearest store or online.

Advertisement. Scroll to continue reading.
In this article:Ashley Roberts