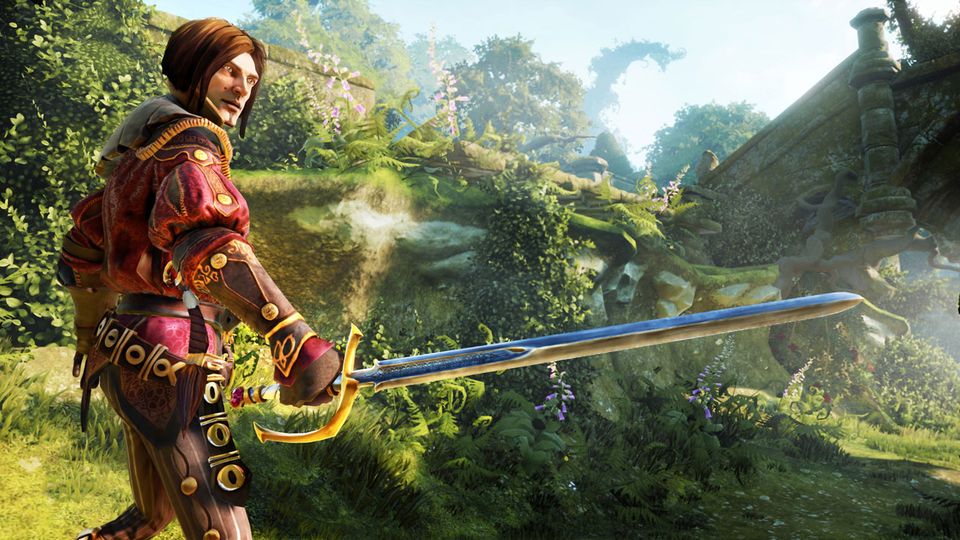 One of the goals for developer Lionhead Studios’ upcoming multiplayer action-role-playing adventure Fable Legends is to make it available to as many players as possible. To that end, we’ve got some great news to share: Fable Legends will be free-to-play!

Players will be able to play the entire game, from beginning to end, without paying a penny. All quests, all storylines are open to you – including all future content updates. For any items that directly affect gameplay, you can earn them just by playing. If you choose to do so, you can purchase items to customize your characters or get directly to the gear that matters to you most.

Whether you choose to adventure as a Hero or get up to dastardly deeds as a Villain, you’ll earn silver for all of your in-game victories, which can in turn be used to purchase upgrades for your characters. You can also lay down some real-world cash for gold, which allows you to purchase many of those same items.

When Fable Legends launches, its wide selection of unique and customizable Hero characters will be on a regular rotation, with four Heroes available during any given cycle. If one of your favorite Heroes leaves the rotation, you can pick up where you left off the next time that Hero pops up – or you can just unlock them permanently for silver or gold.

If you would rather scheme against your friends on the Villain side, you can use your silver or gold to purchase allegiance from a myriad of nefarious creatures, or set an array of devious traps for unsuspecting Heroes.

Either way, Fable Legends’ free-to-play mechanics will let you play the way you want when it launches later this year for Xbox One. The game is also coming to Windows 10 PCs.

To find out more about the game check out the official Fable Legends free-to-play FAQ. While you’re there you can also sign up for the multiplayer beta.

EF will be bringing you more on Fable Legends throughout the year and hope to see you in Albion.