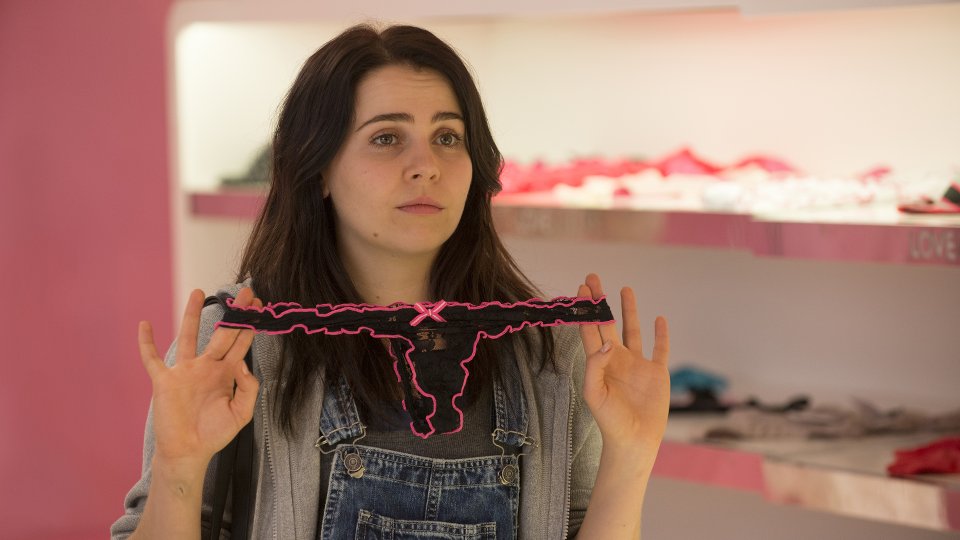 The UK trailer and poster has been released for new comedy The Duff.

Starring Mae Whitman, Robbie Amell, Bella Thorne, Ken Jeong and Allison Janney, The Duff has picked up a lot of buzz on social media ahead of its release. It’s based on the best-selling novel by Kody Keplinger and directed by Ari Sandel.

The synopsis for The Duff is:

Every school has their labels and the classics still exist. But what happens when you discover that your friends, your fellow students and practically everyone you know have you labelled as…the Duff?

Bianca Piper (Mae Whitman – The Perks of Being a Wallflower) is a smart, pretty high school girl with a great personality. Cynical, funny, clever, she sees herself the way she presumes others view her. But when the school’s “man-whore” Wesley (Robbie Amell – The Flash), unceremoniously tells her she’s his favourite DUFF – the Designated Ugly Fat Friend – her life is shattered and she feels ridiculously undesirable.

To save her senior year from turning into a total disaster Bianca sets out to reinvent herself and revolutionise the school’s pecking order from the inside out by enlisting Wesley’s help, much to the annoyance of ruthless Queen Bee and Mean Girl, Madison (Bella Thorne). With some inspiring words from her unconventional teacher (Ken Jeong – The Hangover) and a 5-stage survival plan from her self-help guru mother (Allison Janney – The Help) – she finds the confidence and the courage to remind her classmates that only you can define yourself and we’re all someone’s Duff.

The Duff is released in cinemas on 6th April 2015. Check out the trailer and poster below:

Advertisement. Scroll to continue reading.
In this article:The Duff