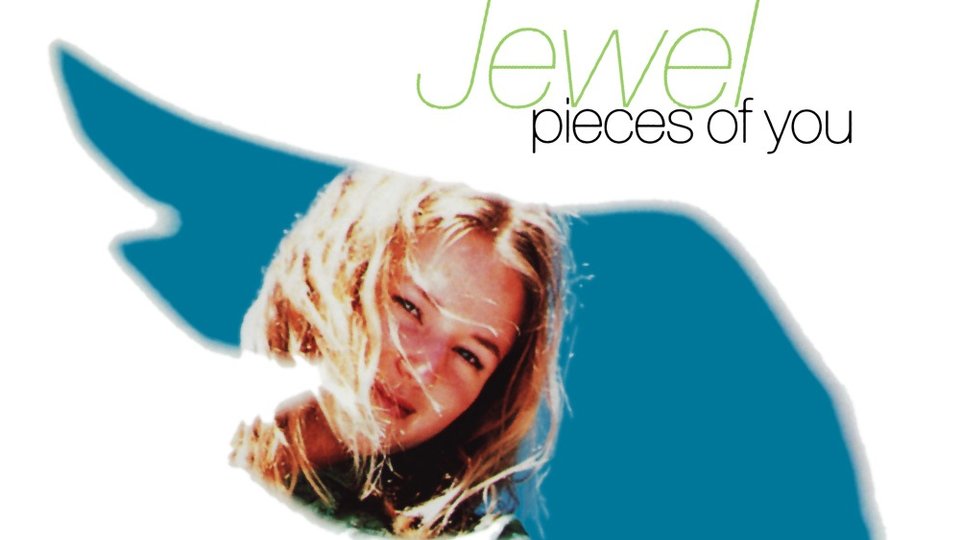 20 years ago today, Jewel Kilcher released her debut album Pieces of You. Recorded in 1994 with producer Ben Keith, the album was recorded live at the Innerchange Coffeehouse in San Diego and in the studio at Neil Young’s ranch. A raw folk record with minimal production, Pieces of You was a breath of fresh air and it launched Jewel from homeless drifter (she lived in her car for a while whilst making her music) to certified global superstar.

Pieces of You was a record that was bold in its simplicity and wore its heart on its sleeve. 12 of the 14 tracks were written solely by Jewel tackling issues such as discrimination (Pieces of You), enduring love (Painters), drug abuse (Little Sister) and paternal anger (Daddy). For the most part the record is acoustic with Jewel’s melodic riffs providing the background to her raw emotive vocal. Much of the record sits outside of the commercial feel of the singles (more on those later) and it showcased just how incredible a voice she has. From the gorgeous Angel Standing By to the darker tone of Amen, which takes Jewel off towards the realms of opera in its final minute.

Released on Atlantic Records, the album was a slow burn taking almost 18 months to produce its first hit single – Who Will Save Your Soul. Now considered to be one of her classics, Who Will Save Your Soul was written by Jewel when she was only 16 years old. The track is based on real-life experiences Jewel had travelling as a teenager and her observations that everyone around her seemed to want to be saved by someone. It was the first real taste of Jewel for most of her fans and it was a bold, sparse, acoustic folk-record that managed to peak at number 11 on the Billboard Hot 100.

Following the success of Who Will Save Your Soul, You Were Meant For Me was chosen as the next single from the record. The track was one of only two songs from Pieces of You that wasn’t solely credited to Jewel. You Were Meant For Me was co-written with Steve Poltz, her friend and boyfriend at the time. Poltz also co-wrote the heart-breaking Pieces of You album track Adrian, about a young boy who was mentally damaged following a canoe accident that put him in a coma.

You Were Meant For Me was a song about a failed relationship and it struck a chord with fans. The track was released along with Foolish Games (the third single to be lifted from Pieces of You) and it gave Jewel her highest charting position on the Hot 100 peaking at number 2. The release charted for an incredible 65 weeks and at the time held the Guinness Book of World Records for longest chart run for a single (it has since been surpassed). Foolish Games also appeared, in remixed form, on the soundtrack for Batman & Robin.

To date Pieces of You has sold over 12 million copies in the US alone making it one of the most successful debut albums of all-time. For an artist who came from nothing armed with only her guitar, her lyrics and her voice that’s a pretty huge achievement. Listening to the record now, 20 years on (we can’t believe it either) it still invoked the same emotion in me that it did when I first bought the record all those years ago. The confessional lyrics and the honest that radiates from the album is something so rare and so special. Pieces of You remains Jewel’s finest record and she shines her brightest when she performs solo with her acoustic guitar as her only companion.

Watch Jewel perform Pieces of You live on Intimate & Interactive 97: