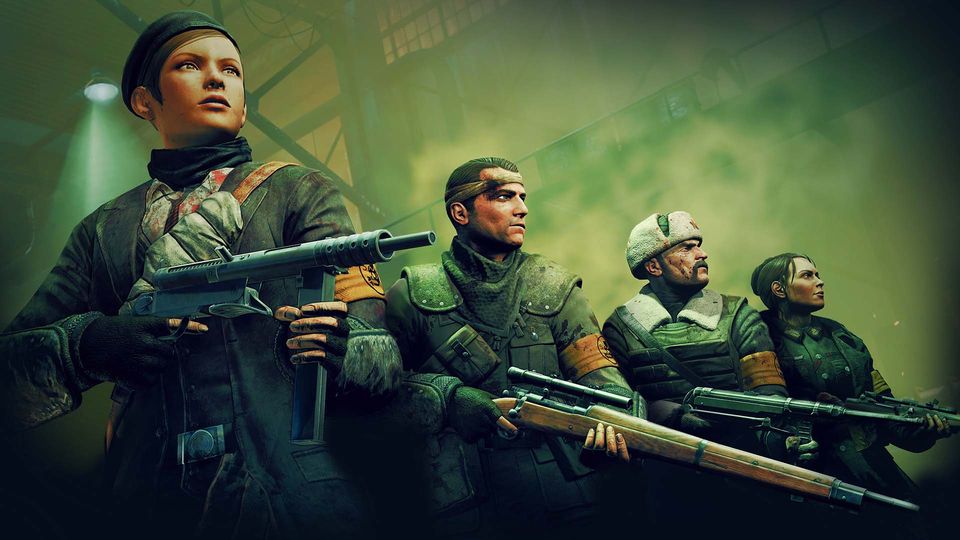 Berlin 1945. Facing defeat at the hands of the Allies, Hitler has unleashed one last unholy gamble – a legion of undead super soldiers that threatens to overwhelm the whole of Europe. Fight alone or team up to save humanity from the zombie menace in this apocalyptic shooter for 1-4 players.

The game started life as a spin-off of Sniper Elite for PC and was released as Nazi Zombie Army and the followed up with a sequel. The game has now been upgraded and enhanced for PC, PS4 and Xbox One.

Zombie Army Trilogy features a whole new third campaign along with new enemies, animations and graphical effects. In addition to the campaign is the brutal horde mode which pits you solo or with friends against increasingly difficult waves of enemies.

The game puts you up against legions of Undead Super Soldiers, Armoured Skeletons, Zombie Snipers, Chainsaw Elites, Fire Demons and more before facing Hitler – the demonic Führer himself.

The X-ray Kill Camera made famous by Sniper Elite returns. See your bullets riddle the putrid insides of the undead and use tactical zombie dismemberment to remove body parts to disarm or slow your targets.

Check out the official Zombie Army website for more information.

In this article:PC, PS4, Rebellion, Xbox One, Zombie Army Trilogy