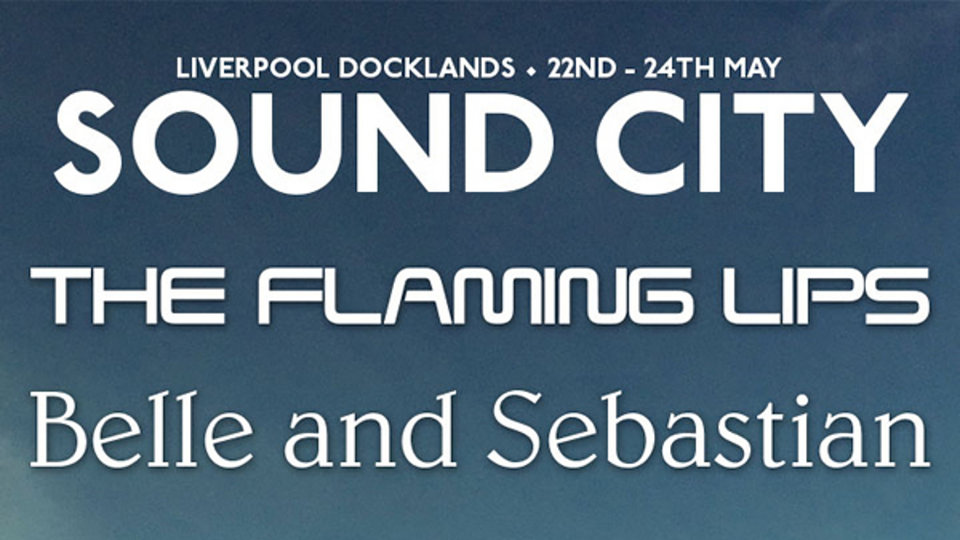 Liverpool’s Sound City, UK’s biggest city festival has revealed details of additional acts set to play at this year’s event. Joining The Flaming Lips and Belle & Sebastian are The Cribs, Peace, Swans, Everything Everything, Fat White Family, George the Poet plus more.

Sound City CEO Pichilingi commented: “It’s a really big year for Sound City – with the move to our incredible new industrial home at Bramley Moore Dock we promised to create a bill that smashed expectations. We believe we have more than delivered on this promise.
“We have brought in some of the biggest names in the business this year from The Flaming Lips, Belle and Sebastian to The Vaccines and some of the acts we’re announcing today including The Cribs and Peace. We’ve also selected the very best of the scene’s emerging talent. You would literally pay three times the price of our tickets to see half the bill we have put together and we haven’t finished yet – we’ve still got a surprise or two up our sleeve. Our new model and approach will redefine the approach to metropolitan festivals and make us the brand to be imitated.”

The line-up so far includes the following acts:

The Vaccines • The Flaming Lips • Belle and Sebastian

In this article:Sound City, The Cribs