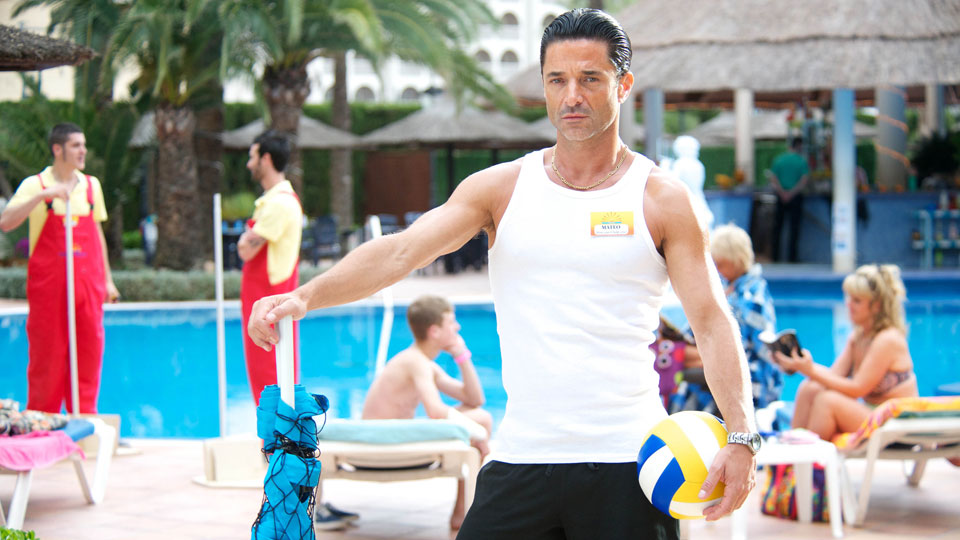 Jake Canuso stopped by ITV’s Lorraine this morning where he talked about how he’d like to take part in Strictly Come Dancing.

Canuso, best-known for his role in ITV hit series Benidorm, used to be a dancer in his younger years and was a backing dancer for the Spice Girls. During his interview with Lorraine, Jake was asked if he’d consider taking part in a reality TV show.

He also admitted he’d like to take part in Bear Grylls’ Mission Survive saying, “I tell you what I’d like to do as well, I’d love to do that Bear Grylls thing. Yeah I would. When they were biting into heart the other day and all that…”

Lorraine also asked Jake what it was like working with Joan Collins who he stars alongside in Benidorm.

“What I like about these ladies being around so long – they are direct, they don’t apologise for anything. I think they get to a point where they have seen everything and done everything and are just like, you know what, I’m just going to say it as it is.”