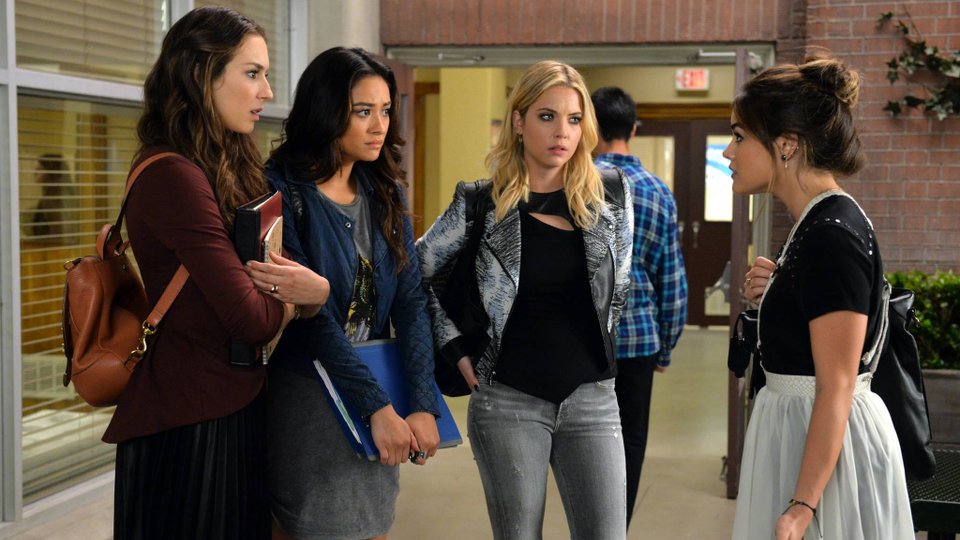 Pretty Little Liars is nearing the end of its fifth season and with only 5 more episodes to go it’s sure to be an explosive season finale.

It’s already been confirmed that A will be revealed in the final episode so get your bets put down now! It could literally be anyone that’s ever passed through Rosewood couldn’t it?

In the latest episode of Pretty Little Liars, Mike (Cody Allen Christian) finally told Aria (Lucy Hale) what he knew about Mona (Janel Parrish) in the days leading up to her death. You can find out everything that happened in Pretty Is The Point with our in-depth recap.

The next episode, Bloody Hell, sees the liars finally visit Alison (Sasha Pieterse) in prison now it’s looking like she is actually innocent. How will Ali react to the U-turn of her former friends?

Ahead of the episode some sneak peek video clips have been released. You can watch them all below:

Emily has a problem with her application

Aria has a chat with Veronica Hastings

Pretty Little Liars continues Tuesdays at 8/7c in the US on ABC Family and Wednesdays on Netflix in the UK.