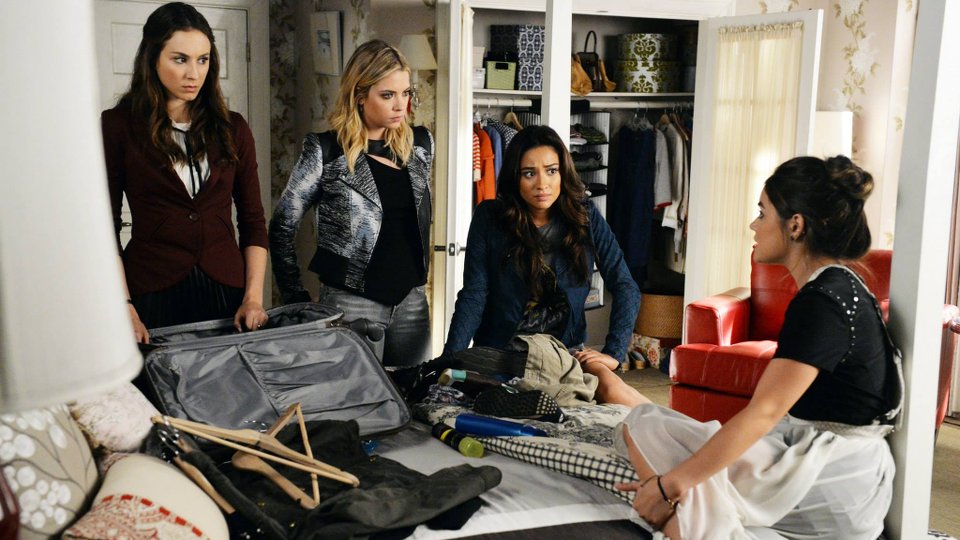 Pretty Little Liars served up one hell of a reveal at the end of its latest episode.

Mike (Cody Allen Christian) finally opened up to Aria (Lucy Hale) and told her that Mona (Janel Parrish) had planned to fake her death to frame Alison (Sasha Pieterse) but that he feared she had really been murdered as everyone thought. He also gave Ali an alibi for the night Mona died meaning that the liars put an innocent girl in prison.

The next episode of the season is Bloody Hell. Equipped with their new information about Mona, the Liars decide they need to speak to Alison. But once the truth is out there, Aria quickly learns that Mike’s involvement with Mona and this new revelation could have serious repercussions for her family. Determined to keep Mike safe and get Ali out of jail, the Liars intensify their search for information on “A”.

Meanwhile, Spencer heads to London for an important college interview, and Alison looks to someone surprising for help with her murder trial.

Tune in to ABC Family at 8/7c Tuesday in the US and Netflix on Wednesday in the UK to see the episode. Preview it with our gallery below: