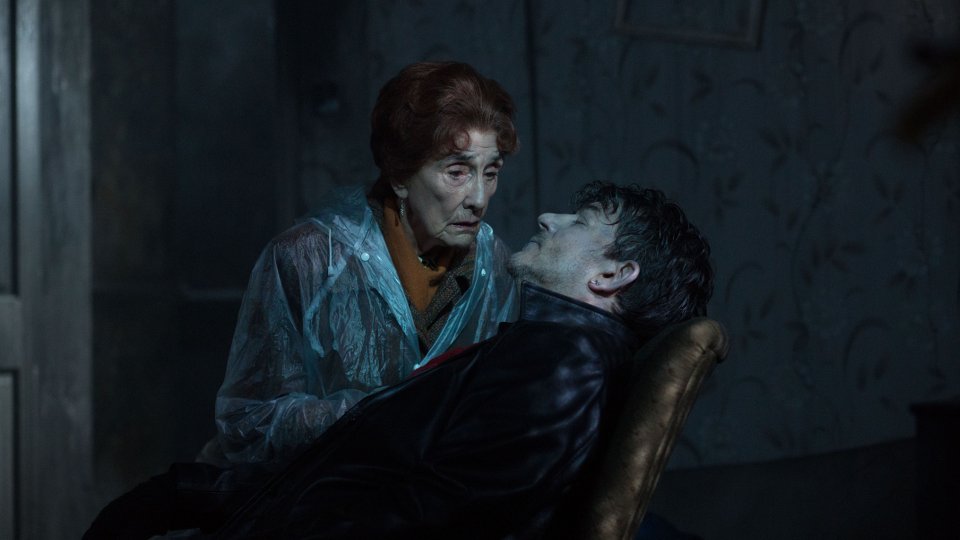 EastEnders’ 30th anniversary celebrations kick off tomorrow and it has been announced that the soap will recreate its very first scene as part of its hour-long anniversary episode on Thursday 19th February 2015.

The scene will use sound effects from the original opening scenes in 1985 and reference the first line. Viewers will see three characters kicking the door down to number 23, the exact same house where Arthur Fowler, Den Watts and Ali Osman found Reg Cox shortly before he died. For the recreation, three residents will find Nick Cotton (John Altman) already dead.

EastEnders’ bosses aren’t revealing which three characters will be involved in the scene.

Dominic Treadwell-Collins, Executive Producer says “Live week allows us to have some fun while also paying respect to our past. Our Story Producer Alex Lamb had the idea to replicate EastEnders’ first ever scene back when we started planning our anniversary – and it has been lovingly modernised for 2015 by Anniversary Producer Sharon Batten, our longest serving EastEnders writer Rob Gittins and Director Karl Neilson. With little touches like this throughout the week, we will hopefully make Julia Smith and Tony Holland proud of the show they created back in 1985.”

Tune in to EastEnders on BBC One all this week starting tomorrow (Monday 16th February 2015) soyou don’t miss the 30th anniversary week.