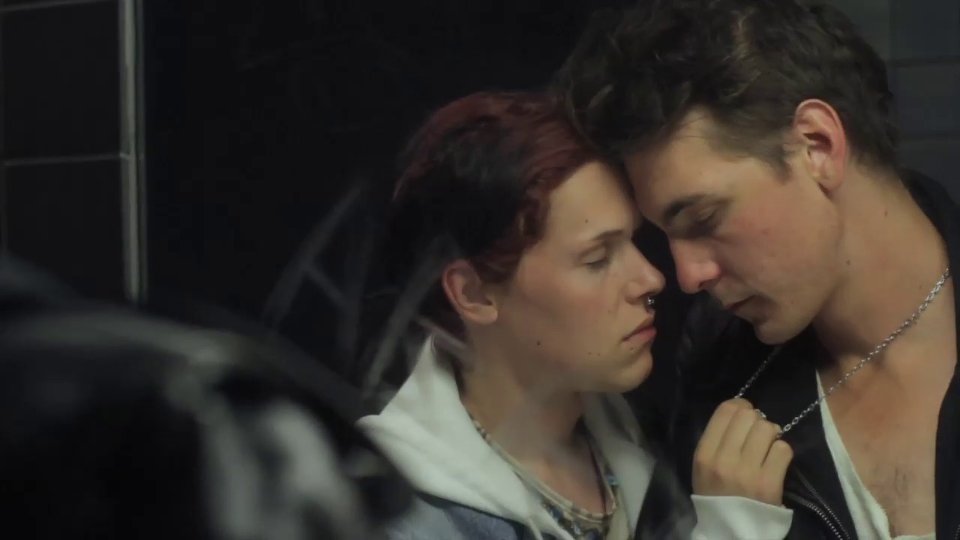 The UK trailer has been released for Ester Martin Bergsmark’s critically-acclaimed movie Something Must Break.

Something Must Break stars newcomer Saga Becker as the androgynous Sebastian whose world turns upside down when she meets the handsome Andreas, played by Iggy Malmborg (Unga Sophie Bell). Starting out as something passionate and exciting, as the relationships evolves it becomes clear that road to happiness is never smooth.

The movie opened at Gothenburg Film Festival 2014 and was nominated for a Dragon Award for Best Nordic Picture. Something Must Break is the debut feature from Bergsmark and follows her award-winning documentary She Male Snails released in 2012. She Male Snails won the Audience Award, and the Prize for Best Cinematography and Honorary Mention for Best Nordic Film at the Gothenburg Film Festival. It was also nominated for Best Documentary at the Guldbagge Awards.

Something Must Break will be released in selected UK cinemas on 3rd April 2015. Watch the UK trailer below:

Advertisement. Scroll to continue reading.
In this article:Something Must Break