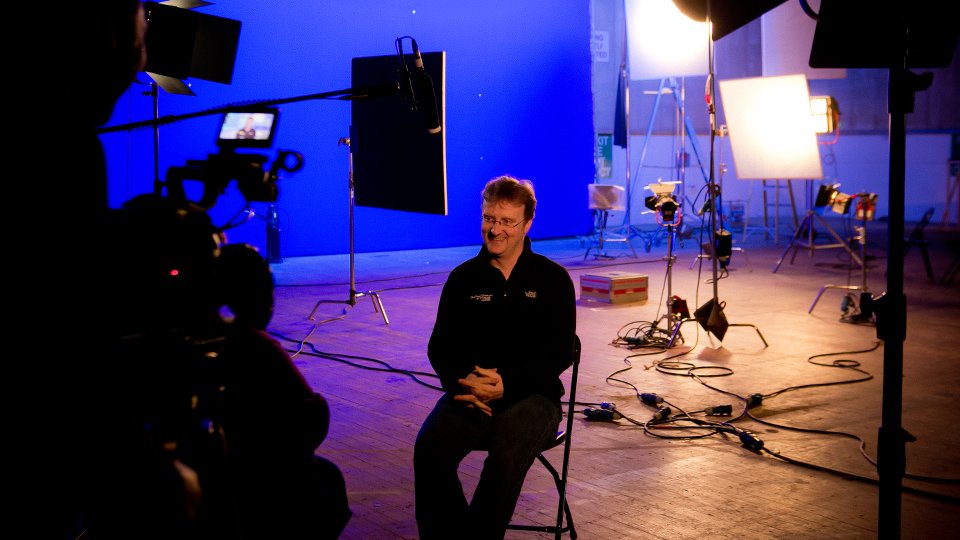 Robot Overlords is set to be one of the must-see films of the year and is released in cinemas on 27th March 2015.

Starring Sir Ben Kingsley, Gillian Anderson and Callan McAuliffe, the film takes a look at an Earth that has been conquered by robots from a distant galaxy. Survivors are confined to their houses and must wear electronic implants, risking incineration by robot sentries if they venture outside.

Robot Overlords was co-written by Mark Stay, who has written the tie-in novelisation of the movie which is released this week (12th February 2015). During the making of the movie, Mark kept a filming diary and we’ve got an exclusive excerpt from that to share with you.

Words to chill the bones of any hardened writer. Especially when spoken on set, with dozens of crew and actors watching and waiting.

And it’s not like we were lazy writers. Over 20 drafts of this thing, and three years of rigorous notes and meetings made sure that this script was as solid as it could be.

The scene is early on in the film and features Gillian, Callan, James, Ella and Milo. We needed to convey that the kids have had enough of being cooped-up for three years under robot occupation, and that Gillian’s character Kate might just be losing her mind.

The start of the day had gone well. A scene with the above and Sir Ben – edgy and confrontational – and then we prepared for sc35…

The takes started off loose, as is often the way, but something wasn’t right. The cast were just fine, but it soon became clear that the tone didn’t fit with the rest of the film. This scene was jokey, the tone was comic and heightened. I recalled that this scene was a rare survivor from the very early drafts. Jon and I liked it and we did what we could to keep it in, but now it was clear that it didn’t fit in with the tone we’d given to the rest of the story.

There was a huddled conversation with the producers in a corner. Jon glanced at me and I ran my finger across my throat, “Kill it”.

It was clear that the actors had done such a good job of conveying their characters’ frustrations in earlier scenes, that we didn’t need to revisit those ideas again. What we’d tried to convey with action and dialogue, they did with a few looks; exactly the kind of thing that’s nigh-on impossible to put on the page.

When writing, we often talked about moments where we thought the actor could convey an idea with a glance/glare/smile, but they can come across as clunky on on the page, especially when you’re trying to convey those ideas to producers and investors. So we had a few beats like this in the script, where the emotion was verbalised, and we were prepared to let them go when the actor delivered the goods (which they did, often). During rehearsals, Jon would quote John Ford’s maxim, “A good picture is long on action and sort on dialogue.”

We also realised that there was one idea that Jon and I originally didn’t want to put in this sequence, but every note from the BFI had urged us to put it in for clarity… and it was only here on the set that we realised that they were right. Bugger… I was despatched to go and write it for a shoot in the afternoon.

I was given a trailer to write in, but it was nearly half a mile from the set, so I found a quiet corner on the house set to write while the crew went to work setting up.

To be honest, I loved having a mini-crisis like this: it gave me something to do on set, and the producers seemed to be impressed that I could deliver in an emergency.

It was our only big script-fail of the shoot, and I was glad I was there to help sort it out. And any gloom I might have felt about it was soon evaporated when I later bumped into Sir Ben Kingsley who went on to say some very nice things about the script and his character… I then spent the rest of the day levitating about a foot in the air.

Robot Overlords by Mark Stay is published by Gollancz, February 12 2015, in paperback for £7.99 and eBook for £4.99. Watch the trailer for the Robot Overlords movie below:

In this article:Mark Stay, Robot Overlords