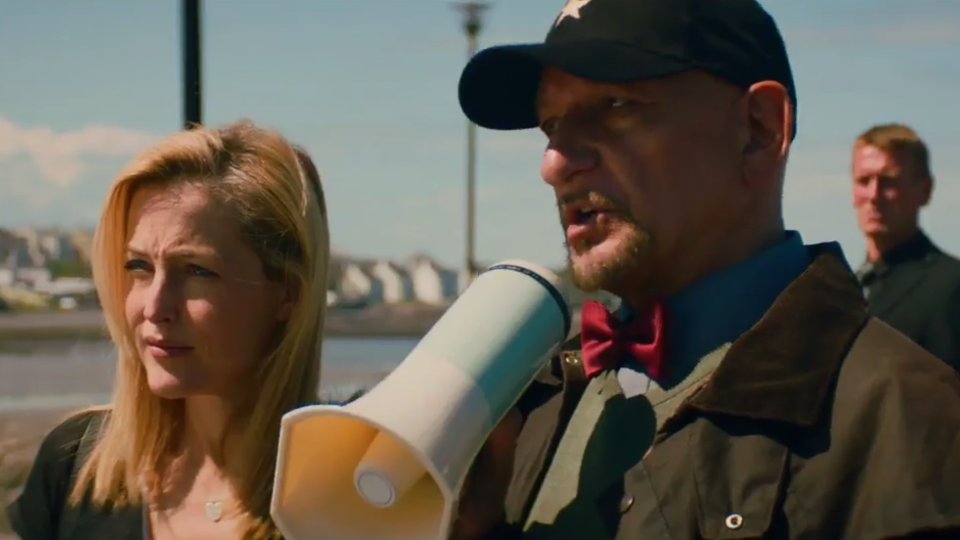 The first trailer and poster have been released for Robot Overlords.

The adults lost the war and now the kids must save the world! Robots rule the streets and the people are locked in their homes. Stepping outside risks being vaporised by a hulking Sentry or picked off by a lethal Sniper.

Through the ruins of Britain a group of kids, led by Callan McAuliffe (The Great Gatsby), set out to join the Resistance. Hot on their heels however is their old teacher turned robot collaborator Mr Smythe, played by Ben Kingsley (Iron Man 3) and his captive Gillian Anderson (The X-Files).

Robot Overlords is released in UK Cinemas on Friday March 27th 2015. Take a look at the trailer and poster below: