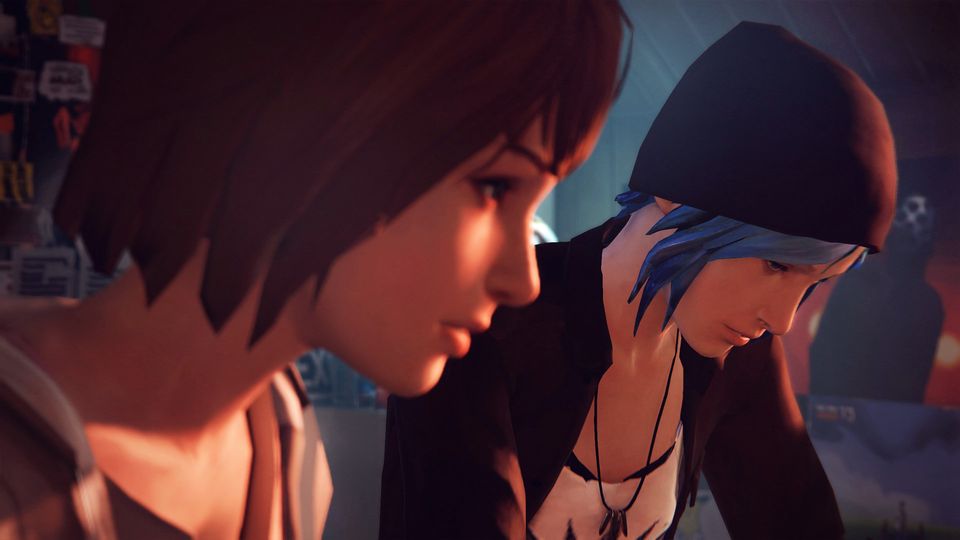 Chrysalis is the first episode of Life is Strange a new five part series from Dontnod Entertainment (Remember Me). It’s an adventure game most similar to the recent titles from Telltale however it has its own unique features that really help it stand out. We’ve been playing the game on Xbox One.

In Life is Strange you take the role of Max Caulfield. Five years earlier her family moved away to Seattle from their hometown of Arcadia Bay, Oregon. Now Max has reached the age of 18 she has moved back to attend the photography course at Blackwell Academy. Photography is Max’s main interest and she’s never without her Polaroid camera.

Early in the game Max discovers two strange things about herself. The first is that she has premonitions of the future. The second is that by holding her hand out she is able to rewind time. Rewinding time is explored the most in this first episode and we get the feeling that the developers will be making much better use of it.

When Max rewinds time she stays constant. This allows her to have a conversation, make a decision and see the consequence. Then if desired she can rewind and take the conversation in a different way with the knowledge she gained the first time. For example if someone asks her a question and she gives the wrong answer she can go back in time as many times as she likes to provide different answers until correct.

If she picks up an object then rewinds time then the object also stays with her. This also allows her to perform teleportation of sorts. If an object is falling that will crush Max she can rewind time and move forward to be ahead of the object when it lands.

Being able to rewind time makes you feel powerful but at times it can also feel like cheating. What it does do is allow you to really think about each decision. You can repeatedly rewind and try different choices until you are happy with the outcome. There is no penalty for doing so and you can even go back to your first choice if desired. Being the first episode your choices don’t feel like they have a massive impact but we hope that they will ripple through the remaining episodes.

The world around Max is incredibly detailed and is jam-packed with things to look at. School classrooms and student dorms are packed with details. The school corridors feel alive and are full of students going about their day while the walls are lined with all kinds of posters. It’s easy to miss many of the items that you’re able to investigate unless you take your time. It’s actually possible to progress without interacting with important objects and doing so could cause consequences later in the series.

Something that is impossible to miss though is the huge number of posters all over the place for a missing female student. There are almost too many posters but the importance of the girl becomes clearer when Max reunites with her old best friend Chloe.

Chloe has changed a lot over the past five years and felt abandoned by Max. The pair had lost touch and during their time apart Chloe had become best friends with the girl who is now missing. Chloe and Max have each changed a lot but there’s a definite spark between them as they rekindle their friendship.

This episode introduces you to a huge amount of characters. All the normal groups you’d find in a school are represented from the mean girls, to the popular sporty boys, geeks and bullies. Most aren’t used very much but we’re sure they’ll each crop up in bigger parts throughout the story.

Graphically the game looks fantastic and the locations are believable. The characters are detailed and all have their own unique look and personalities. Their animations are well done but the lip synching could have done with more time. At times the dialogue feels like it could use a bit more work but the voice acting is mostly excellent. The game also makes brilliant use of music and there are some really neat touches such as the scene when Max plays guitar.

Overall we really enjoyed the first episode of Life is Strange and found it to be a really promising start to the series. Much of this episode is just setting the foundations for what’s to come and we think the following episodes will be able to push things much further along. Anyone who enjoys adventure games will find plenty to enjoy here.