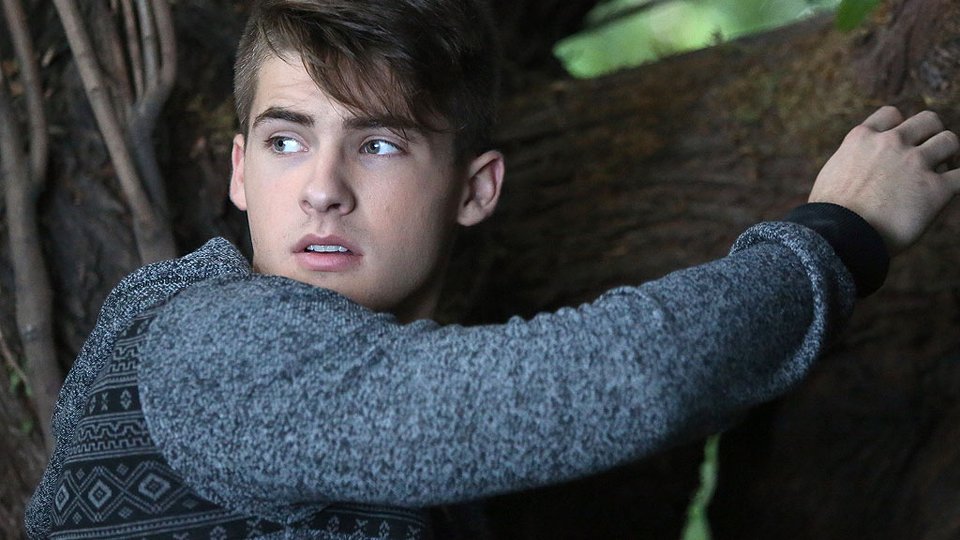 Drew Van Acker aka Jason DiLaurentis has some serious competition on Pretty Little Liars judging from some newly released still of his co-star Cody Christian aka Mike Montgomery.

Cody, who plays Aria’s (Lucy Hale) little brother, has really beefed up this season and next week he gives us a peek at the hard work he’s been putting in. Two stills have been released from the next episode Out, Damned Spot showing Mike working out shirtless and being interrupted by Aria.

The 19-year-old actor has taken on a bigger role in the show this season and the latest episode suggested that he may not be as squeaky clean as he’s seemed. Could Mike be A or something to do with the mysterious tormenter?

Next week’s episode, airing from Wednesday on Netflix in the UK, puts Mike in a more central role and we’re looking forward to seeing much more of him.

Take a look at Cody looking mighty hunky in the two stills below: