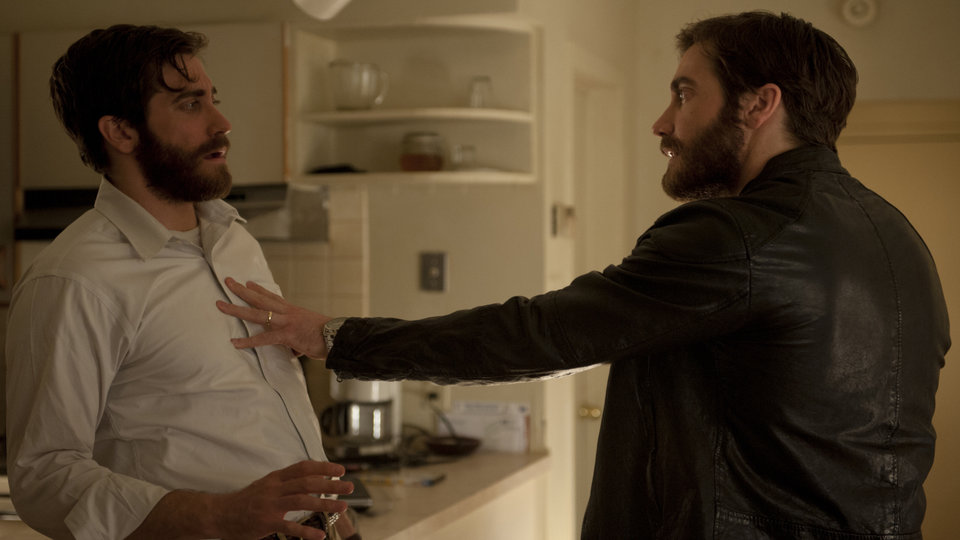 Directed by Denis Villenueve (Prisoners) and starring Oscar-nominee Jake Gyllenhaal (Nightcrawler, Donnie Darko), Enemy is a mesmerising psychological thriller based on the novel ‘The Double’ by Nobel laureate José Saramago. It’;s out to own on DVD & Blu-ray on February 9 2015.

Jake Gyllenhaal plays Adam, a university lecturer nearing the end of his relationship with girlfriend Mary (Mélanie Laurent). One night, while watching a film, Adam spots a minor actor who looks just like him. Consumed by the desire to meet his double, Adam tracks down the actor and engages him in a complex and dangerous struggle…

Dark, gripping and pulsating with atmosphere, Enemy is a haunting and provocative psychosexual thriller that has drawn comparisons to both Lynch and Cronenberg.

To be in with a chance of winning one of 3 copies of Enemy on Blu-ray, just answer the question below.

In this article:Competition, Enemy, Jake Gyllenhaal