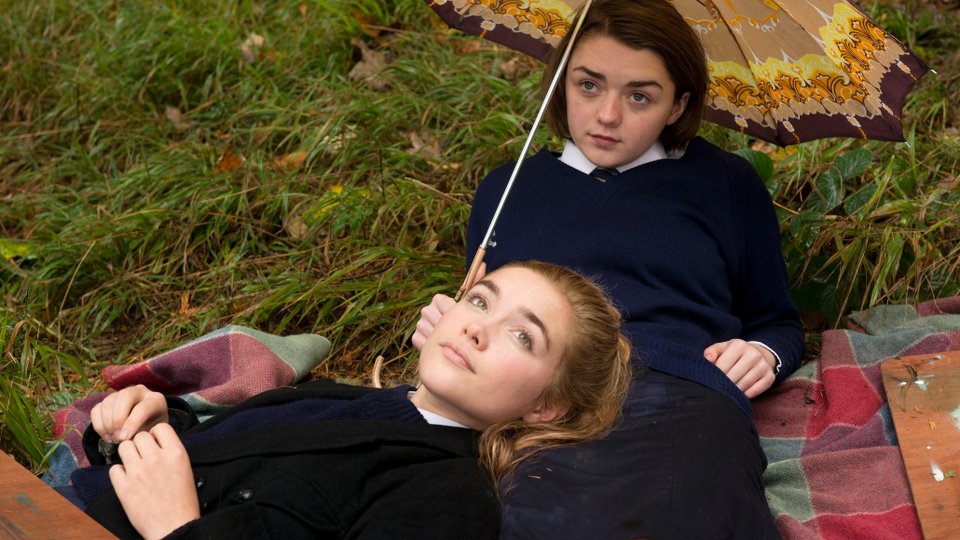 The trailer has been released for dark comedy The Falling.

Set in 1969 in a rural British girls’ school, The Falling explores what lies behind a mysterious fainting and twitching outbreak that rapidly spreads amongst the pupils. The film stars Maisie Williams, Florence Pugh, Anna Burnett, Rose Caton, Joe Cole, Morfydd Clark, Maxine Peake, Greta Scacchi and Monica Dolan. It is written and directed by Carol Morley.

The synopsis for The Falling is:

A gang of committed friends including prefect Susan (Anna Burnett), who longs to be Abbie, and skeptical Titch (Rose Caton) who remains unaffected by the fainting, surround Lydia. But none of them can take Abbie’s place. Only her older brother, loner, occult-follower and ley-line believer Kenneth (Joe Cole), is able to provide some solace. When the sympathetic young art teacher Miss Charron (Morfydd Calrk) tries to reach out to Lydia, she herself becomes caught up in the fainting epidemic.

Within the volatile, strange atmosphere of the school and her troubled home-life, Lydia feels driven to discover what is really behind everything that seems wrong. As the fainting escalates Lydia confronts the authority figures around her: her mother, self absorbed home hairdresser Eileen (Maxine Peake), the unbending and indomitable deputy head Miss Mantel (Greta Scaachi), and the enigmatic and powerful headmistress Miss Alvaro (Monica Dolan). Eventually Lydia’s actions force old secrets to rise to the surface and she finds herself faced with a truth that she never expected.

The Falling will be released in UK cinemas on 24th April 2015. Take a look at the trailer below:

In this article:The Falling