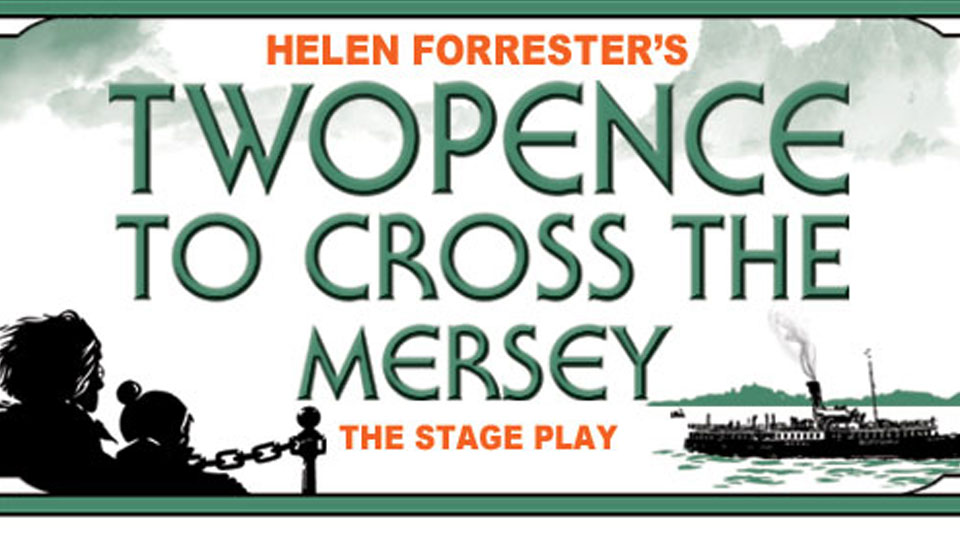 The full cast has been announced for the new stage play of Helen Forrester’s Twopence To Cross The Mersey, which tours four Merseyside theatres in the Spring.

The eight-strong cast – a number of whom will play dual roles in the production – features a number of well known and popular Liverpool actors.

The tour opens with a three-week run at the Epstein Theatre Liverpool followed by visits to Southport Theatre and St Helens Theatre Royal, and ends with a trip across the River Mersey to the Floral Pavilion in New Brighton.

Mother will be played by Emma Dears, who is widely known for her role as Liza Minelli in the acclaimed musical experience Judy & Liza which she also wrote and produced. Her other theatre credits include the title role in the UK theatre tour of Annie, Les Miserables and Miss Saigon. Christopher Jordan plays opposite as Father. His acting credits include television’s Moving On, Coronation Street, Emmerdale and Hollyoaks.

Young Helen is played by Widnes born Maria Lovelady, who was hand-picked from almost 50 actresses who recently auditioned for the role. Maria trained at The Royal Central School of Speech and Drama and studied musical theatre at Liverpool Theatre School.

Opposite Maria, Daniel Stephen Davies takes the role of Young Alan. Currently studying at Liverpool Media Academy, Daniel has been seen on stage at The Epstein Theatre in recent productions of High School Musical and Snow White and the Seven Dwarfs.

Eithne Browne, Jake Abraham, Roy Carruthers and Brian Dodd all take on lead roles, as well as supplementary characters throughout.

Since leaving Brookside Close, Eithne Browne has won wide acclaim for her stage roles including Brick Up The Mersey Tunnel, Tartuffe and Lost Soul, alongside television roles such as Waterloo Road, The Royal and Lillies. Now in Twopence To Cross The Mersey, she plays Mrs Hicks.

Jake Abraham plays the old man. Jake is a familiar face on Liverpool stages and was recently seen appearing in You’ll Never Walk Alone, Council Depot Blues, On The Ledge and Wet Nellies and Scouse.

O’Farrell is played by Roy Carruthers. Roy has appeared in Tales From Charles Dickens and a number of Tales From Haunted Liverpool productions.

Brian Dodd, who was celebrated for his roles in Tony Teardrop, Treasured and Blood Wedding, plays Mick.

Helen Forrester’s Twopence to Cross the Mersey tells the true story of a young girl and her formerly wealthy family as they are suddenly thrown into poverty during the Great Depression of the 1930s. Leaving behind the nannies, servants and comfortable middle-class life in the South West of England, they uproot their shattered lives and choose Liverpool as the place to start again to rebuild their dreams and fortune. Unbeknown to them however, a terrible shock awaits them.

In this article:Twopence to Cross the Mersey