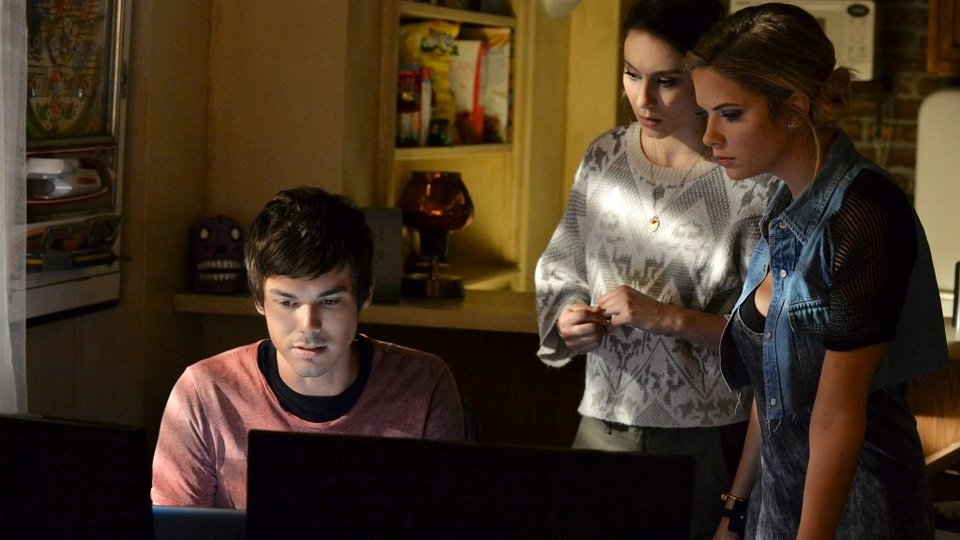 Pretty Little Liars is wasting no time in picking up the pace now it’s back from it’s winter hiatus.

The hit ABC Family show continued this week with Alison (Sasha Pieterse) behind bars protesting her innocence whilst Toby (Keegan Allen) discovered a bloody knife behind Mona’s (Janel Parrish) house that belonged to him and could have been the murder weapon that killed her. Spencer (Troian Bellisario) and Caleb (Tyler Blackburn) joined forces to destroy the knife and it almost cost Caleb his life.

Elsewhere Ezra (Ian Harding) opened the new-look Rear Window Brew and upset Emily (Shay Mitchell) by hiring professional help for the catering, Aria (Lucy Hale) told a few tall tales to Ezra’s ex to get into college, and Ashley (Laura Leighton) got a little closer to Jason DiLaurentis (Drew Van Acker) than she probably should have with Hanna witnessing Jason sneaking out of her house.

In the next episode of the season, Over a Barrel, the lies find clues that take them on a trail that could result in finding Mona’s missing remains. With A pulling the string though the liars could be about to walk straight into a trap.

Tune in to ABC Family Tuesday at 8/7c in the US and Netflix Wednesday in the UK to see the episode. Preview it with our gallery below: