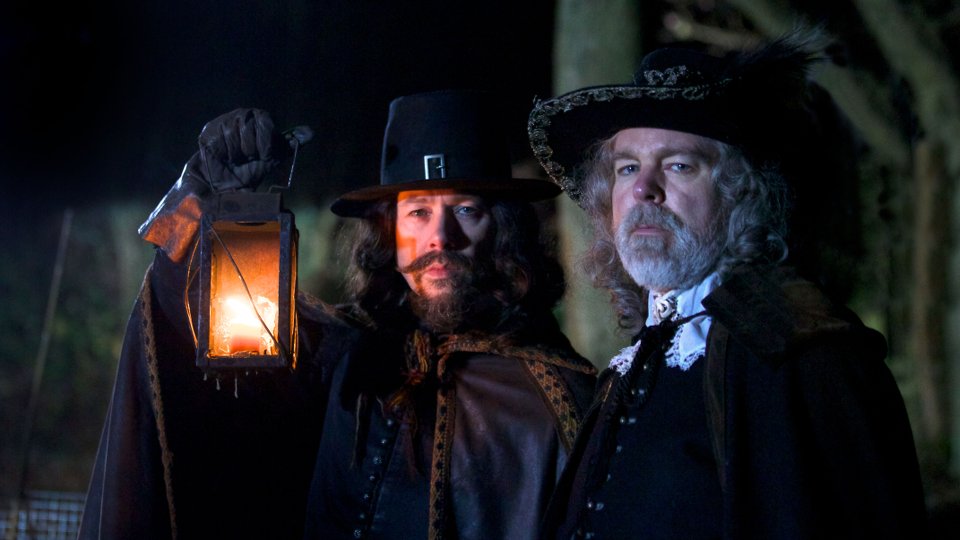 Filming has begun on the upcoming second series of Inside No. 9 it has been announced.

The BBC Two comedy stars Steve Pemberton and Reece Shearsmith with the new series adding even more well-known faces to the series. Steve and Reece are also making their joint directorial debut on two episodes in the new series.

Each individual story in the series will once again be set in a different location with completely new characters. From a sleeping car on a French train to a séance in a grand Victorian villa, and from a 17th century village to a volunteer call centre, this is an anthology of tales of the genuinely unexpected, where the ordinary and mundane rub shoulders with the extraordinary and macabre.

Speaking about the new series Steve and Reece said, “We are delighted to be handing over the keys to six new ‘No. 9’s’, we hope they will amuse, shock, horrify and surprise…but not necessarily in that order. Once again we have enjoyed working with some of the best comic talent in the country. Now we are getting old, it’s nice not to have to play all the parts.”

Inside No. 9 is set to return to BBC Two later this year.

In this article:BBC Two, Inside No 9, Reece Shearsmith, Steve Pemberton