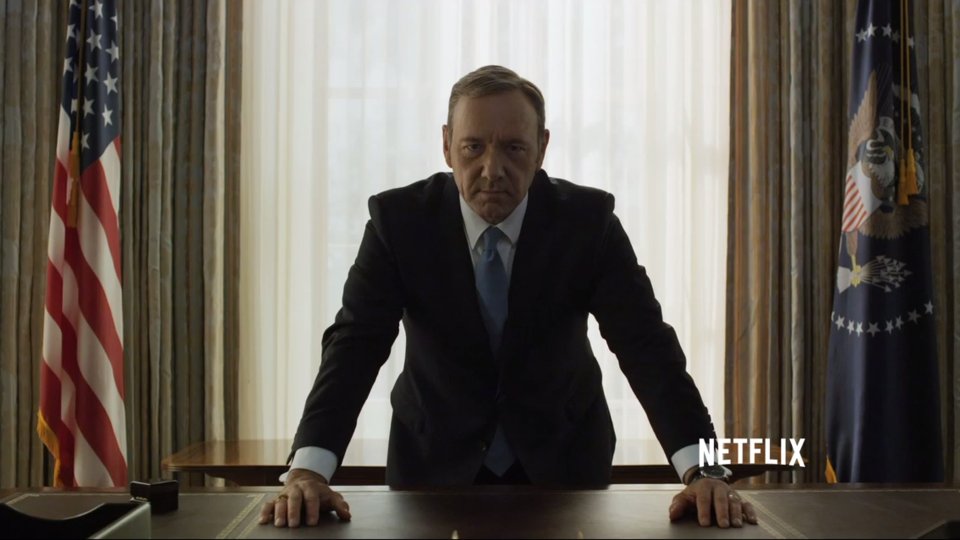 The first trailer has been released for the upcoming third series of Netflix’s hit political thriller House of Cards.

The 45-second trailer gives us the first glimpse of Frank Underwood (Kevin Spacey) and his wife Claire (Robin Wright) in the White House following the season 2 finale that saw Frank become the President of the United States. The new season promises high drama and ends with Claire saying ‘We’re murderers Frank’ to which Frank replies ‘we’re survivors’.

The trailer was released with the following season synopsis: When the stakes are this high, Frank and Claire Underwood have but one option: fight to stay on top.

Kevin Spacey last night picked up a Golden Globe for his performance in the second season of the critically-acclaimed show.

House of Cards season 3 will be released globally on 27th February 2015 so make sure you note the date in your diary. Check out the trailer below: