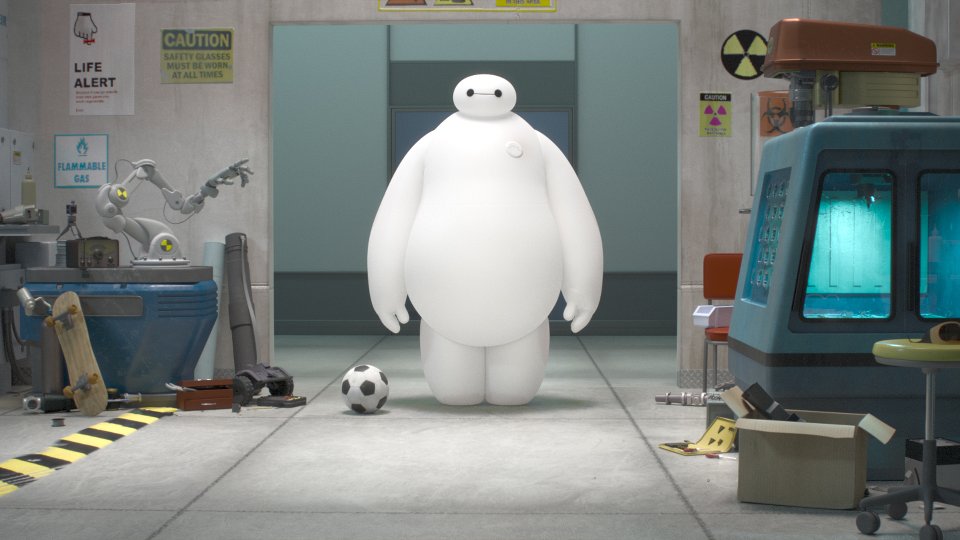 A new featurette has been released for Disney’s Big Hero 6 that introduces the character of Baymax.

Baymax is an inflatable robot and is an adorable personal healthcare companion that is one of the main characters of the new movie.

Big Hero 6 is directed by Don Hall and Chris Williams, and is inspired by the Marvel comics of the same name. The synopsis for the film is:

Big Hero 6 is an action-packed comedy-adventure about the special bond that develops between Baymax (voice of Scott Adsit), a plus-sized inflatable robot, and prodigy Hiro Hamada (voice of Ryan Potter). When a devastating event befalls the city of San Fransokyo and catapults Hiro into the midst of danger, he turns to Baymax and his close friends adrenaline junkie GoGo Tomago (voice of Jamie Chung), neatnik Wasabi (voice of Damon Wayans Jr.), chemistry whiz Honey Lemon (voice of Genesis Rodriguez) and fanboy Fred (voice of T.J. Miller). Determined to uncover the mystery, Hiro transforms his friends into a band of high-tech heroes called “Big Hero 6.”

Big Hero 6 arrives in cinemas on 30th January 2015. Watch the new featurette below:

In this article:Baymax, Big Hero 6