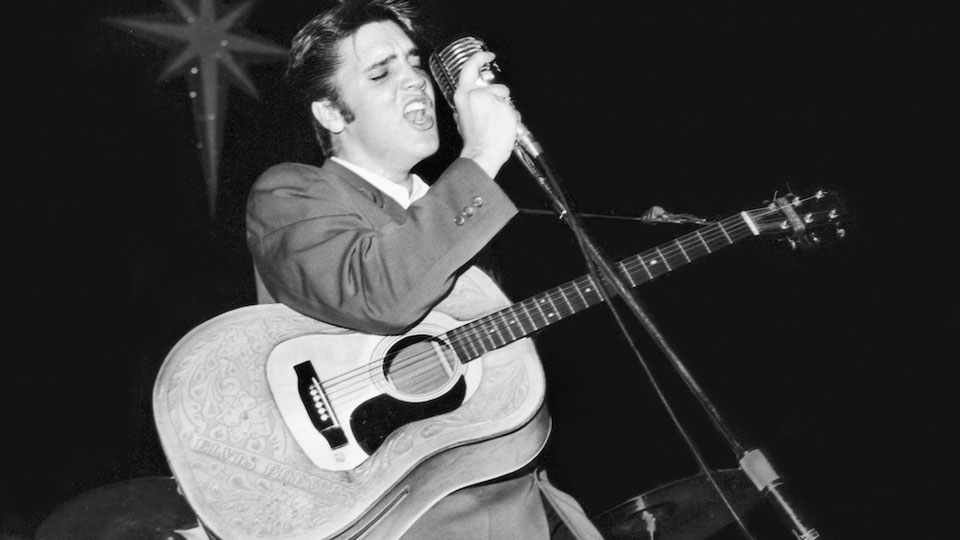 The largest Elvis retrospective ever mounted in Europe will arrive at The O2 for Elvis at The O2: The Exhibition of His Life.

The exhibition will open at The O2 in London on 12th December 2014 for nine moments and showcase over 300 artefacts direct from the Presley family’s treasured Graceland Archives, some of which have never been exhibited outside of Graceland in Memphis.

Elvis at The O2: The Exhibition of His Life chronicles the rise of the rock ‘n’ roll icon and how Elvis impacted popular culture around the world through his music, movies and personal style. From his humble beginnings to his meteoric rise to fame, the exhibition will explore Elvis mania that first swept America and then the world, ground-breaking recording sessions, record-breaking concert tours, his military service, Hollywood film career and influence on fashion. Most importantly, visitors will get an intimate peek behind the gates of Graceland and come to know the man hailed as the King of Rock ‘n’ Roll, who strived to be the best possible, father, son and friend.

Priscilla Presley comments, “Elvis meant so much to me and our daughter Lisa, but we both know that our family truly shares him with the world. His legacy lives on today, not only through his music, but by those who share in the love and admiration of what he contributed to the world of entertainment. While each and every item contains a lifetime of memories, we are more than happy to allow these treasured memories to leave Graceland, if only for a short time, so that his fans and the curious can learn about who he was as an artist, and understand what he was really like at home, by seeing the things that he surrounded himself with.”

Graceland’s Director of Archives, Angie Marchese, comments, “This is not a collection amassed from auctions; they are personal items from Graceland, where Elvis lived most of his life. The exhibition will tell the story of a music revolution that began when Elvis first stepped into a recording studio in 1954 and the lasting impact of his incredible legacy. Elvis Presley is the greatest of all music icons and these artefacts are the symbols of the man and the music that changed popular culture forever. As John Lennon said, ‘Before Elvis, there was nothing.’”

In this article:Elvis Presley, The O2