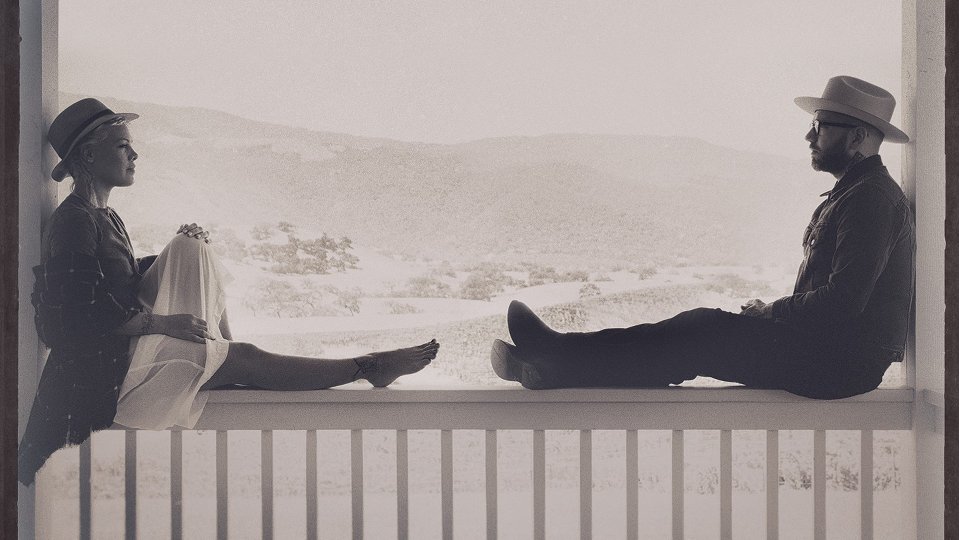 Anyone who has followed the career of Alecia Moore aka Pink since the release of her debut album Can’t Take Me Home in 2000 will know that she’s a chameleon when it comes to music. She started off as an R&B singer and transformed into a pop/rock tour-de-force known for her brash lyrics and attitude filled songs. For her latest project she’s going under her real name and has teamed up with Dallas Green aka City and Colour. The duo’s debut album is released under the name You + Me.

Rose Ave. is the result of Moore and Green spending a week together in a studio collaborating. They had wanted to write and record together for years and finally found the time to do it earlier this year. According to the pair they had no intention of recording an album and their record label had no idea what they were up to. After starting work together, the duo found they had a natural connection and Rose Ave. was born.

Fans of Moore’s will no doubt know from her live shows that she always includes an acoustic section which is often one of the highlights. You + Me gives her a chance to explore that acoustic sound free from the expectations that come with her Pink persona. Rose Ave. is a stripped-back album that sits closer to folk than the sound you’re used to from Moore. 9 of the album’s 10 tracks were written by Moore and Green and the closing track is a beautiful cover of Sade’s hit No Ordinary Love.

Rose Ave. opens with Capsized, a song that not only sets the tone for the album but also draws you in thanks to the strong vocals from both singers. The track is atmospheric, simple and effective. Throughout the album it’s the moments that the two singers harmonise that prove to be the best. Moore has an incredibly powerful and distinctive voice and at times she threatens to overshadow Green but she has enough control to ensure that she works with rather than against him.

One of the standout moments comes on the gorgeous Gently. As the title suggests it’s a gentle tune with an acoustic riff driving the melody and restrained vocals from both singers. Other highlights on the record include the acoustic beat of Love Gone Wrong, the near country of You + Me, and the dramatic Break The Cycle which includes strings in the stripped-back arrangement.

Rose Ave. is an interesting release and we hope it’s the first of many over the coming years from You + Me. Moore and Green work well together and their voices sound stunning. It’s not easy to reinvent yourself when you’re known as one of the world’s biggest pop stars but that’s what Moore does here. We just hope she doesn’t completely abandon her Pink persona as she’s still got a lot more to give to the world of pop.

In this article:Alecia Moore, Pink, You + Me