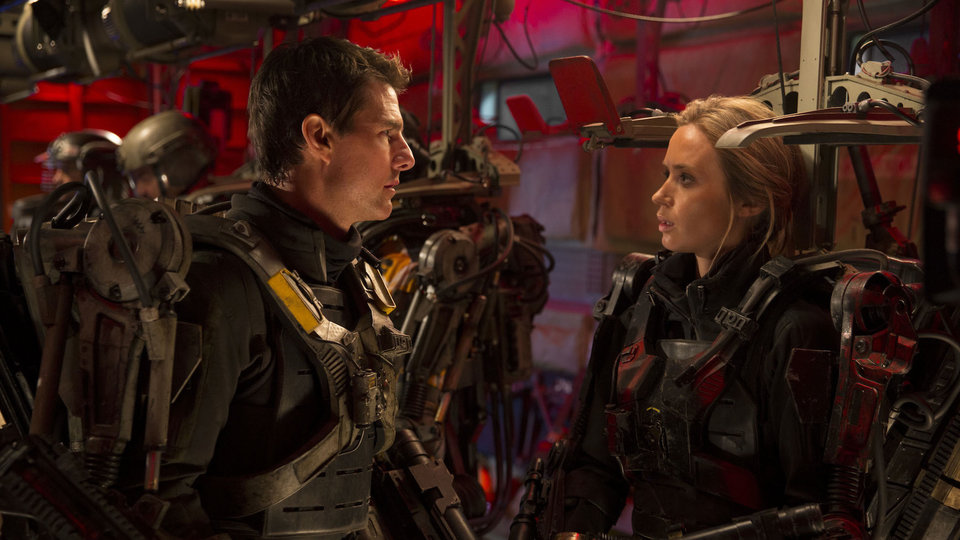 ‘This isn’t the first time we’ve had this conversation’… The critically-acclaimed action thriller Edge of Tomorrow, starring Tom Cruise and Emily Blunt, is available to own on Blu-ray 3D™, Blu-ray™ and DVD from 13th October or Digital HD now. Entertainment Focus are offering five lucky readers the chance to win exclusive merchandise packs and a copy of the film on stunning Blu-Ray 3D™.

Major William Cage (Cruise) is an officer who has never seen a day of combat when he is unceremoniously dropped into what amounts to a suicide mission. Killed within minutes, Cage now finds himself inexplicably thrown into a time loop—forcing him to live out the same brutal combat over and over, fighting and dying again…and again.

But with each battle, Cage becomes able to engage the adversaries with increasing skill, alongside Special Forces warrior Rita Vrataski (Blunt). And, as Cage and Rita take the fight to the aliens, each repeated encounter gets them one step closer to defeating the enemy.

We’ve got five exclusive Edge of Tomorrow prize packs to give away, including a t-shirt, key chain, baseball cap and more! Victory can be yours by answering the movie question below.

Edge of Tomorrow is available on Blu-ray 3D™, Blu-ray™, DVD and limited edition Blu-ray 3D steelbook on 13th October 2014. Own it first on Digital HD now.

For more information on Edge of Tomorrow head over to:

In this article:Competition, Edge of Tomorrow