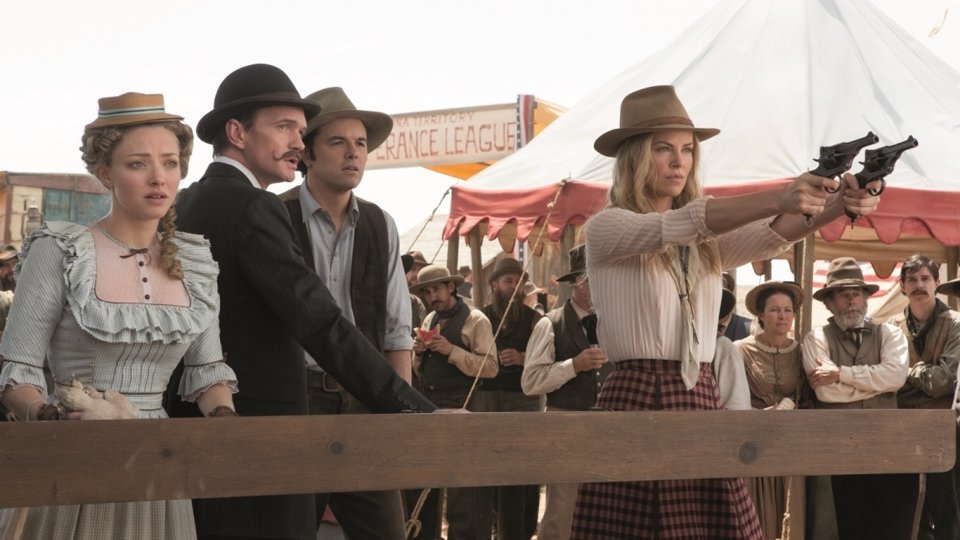 To celebrate the release of one of the most outrageous comedies of the year A Million Ways to Die in the West on Blu-ray™ and DVD (out now), we’re giving 3 lucky winners the chance to get their hands on a copy of the Blu-Ray™!

Don your cowboy hat, grab the nearest sheep and join Seth Macfarlane (Ted, Family Guy), Liam Neeson (Non Stop, Taken), Neil Patrick Harris (How I Met Your Mother) and Charlize Theron (Snow White & the Huntsman, Hancock) in this Wild West comedy like no other. From co-writer, director and producer Seth Macfarlane, the guy who brought you Ted, don’t miss out on the most unique comedy of the year when A Million Ways to Die in the West is released on Blu-ray™ and DVD – out now!

For your chance to win a one of 3 Blu-rays, answer the question below.

In this article:A Million Ways to Die in the West, Competition