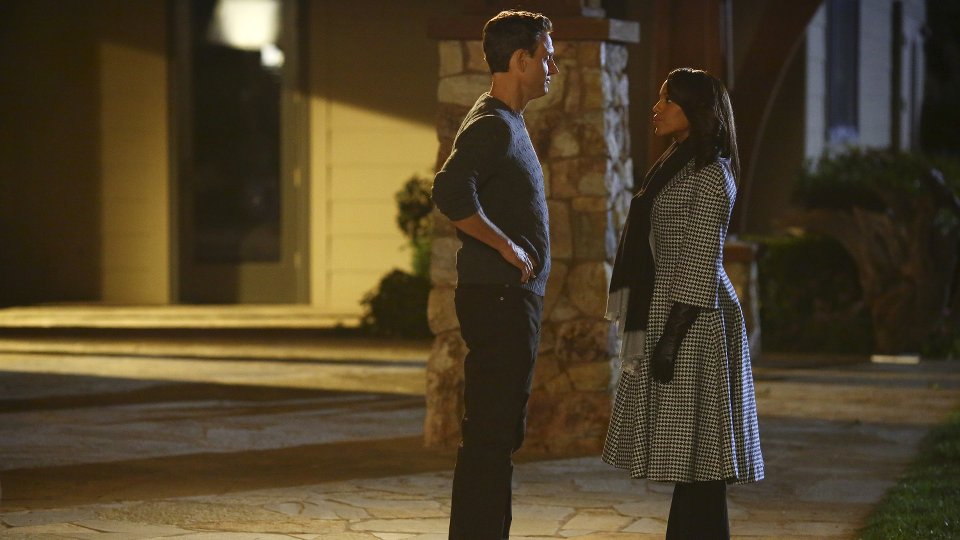 The latest episode of Scandal served up a rather hefty twist didn’t it?

After focusing on the death of Maya Pope (Khandi Alexander) in the past few episodes, it was revealed that Mama Pope is alive and well after all and being held by Rowan (Joe Morton). With Olivia hot on the trail of what happened to her mother, how long will it be until she finds out?

Elsewhere in the episode Mellie (Bellamy Young) went on the charm offensive to improve public perception of herself and her relationship with Fitz (Tony Goldwyn). Through a series of flashbacks we learned that Fitz’s father raped Mellie and that she never told anyone about the incident.

The next episode of the season is Vermont Is For Lovers, Too. Fitz makes a gesture Olivia can’t ignore, while Cyrus (Jeff Perry) sets out to bring Sally (Kate Burton) down.

Tune in to Sky Living HD at 9pm on Thursday to watch the episode. Preview it with our gallery below: