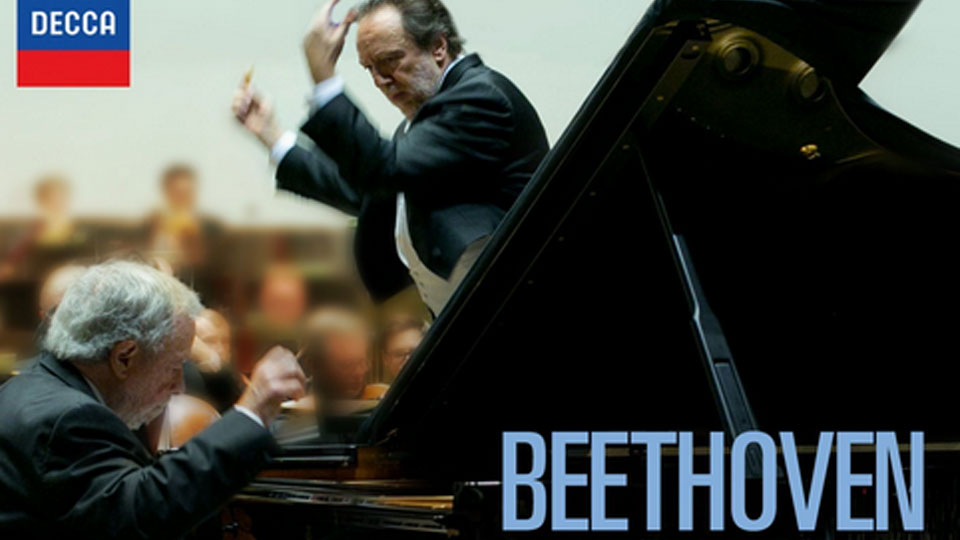 Beethoven’s Piano Concerto No 5 in E-Flat Major (or the ‘Emperor Concerto’ in more informal circles) is some of the most exuberant music ever written. It was first performed in 1811 and has been recorded many times.

This version pairs Brazilian pianist Nelson Freire with Italian conductor Riccardo Chailly. They are joined by the Gewandhausorchester (Leipzig Gewandhaus Orchestra). The end result is a fine, clear, passionate recording of some of the most beautiful music ever written.

The lengthy Allegro movement (running to just shy of twenty minutes) starts the album, and the major key contributes to the gradually rising and falling swell of the music, and the positive emotions the composer wanted to convey. It’s one of those classical pieces that everybody will recognise moments from, and it’s virtually impossible to listen to it without a smile on your face (minimum) or full on air conducting (maximum). It’s more or less guaranteed to make a good mood soar.

The second movement (Adagio) as the name suggests, is much calmer, more reflective and sedate. It’s no less beautiful, but the mood is rather different. It’s the sort of music you might hear in your head if you’re on your own observing a summer’s day. Where the Allegro is uplifting, the Adagio is relaxing. At less than eight minutes, it’s a much shorter piece. Listen three minutes in to the exquisite cadences – enough to make your hair stand on end.

The third and final movement of the concerto is the Rondo (Allegro), which is dizzyingly fast-paced and joyous. Too buoyant for some tastes (well, ours), but it’s certainly music that has its admirers. It always puts us in mind of horse racing. Nelson Freire’s fingers don’t leave an ivory untickled, but it’s the Allegro movement that we enjoy the most.

The Emperor Concerto is joined on this release by the two movements from Beethoven’s Piano Sonata No 32 (C-Minor), a piece that came late in Beethoven’s life. We adore a bit of melancholic music, and after the major key ebullience of the 5th, theserene piano solo pieces are refreshing to hear, and stand as a further showcase to Nelson Freire’s extraordinary talents.

Overall, we enjoyed this recording very much. Nelson Freire and Riccardo Chailly are a natural pairing, and for a thoroughly decent recording of one of Beethoven’s best-loved concertos, with the added bonus of a contrasting sonata, this album has a rewarding variation of moods and a balance between piano solo and piano with orchestral accompaniment.