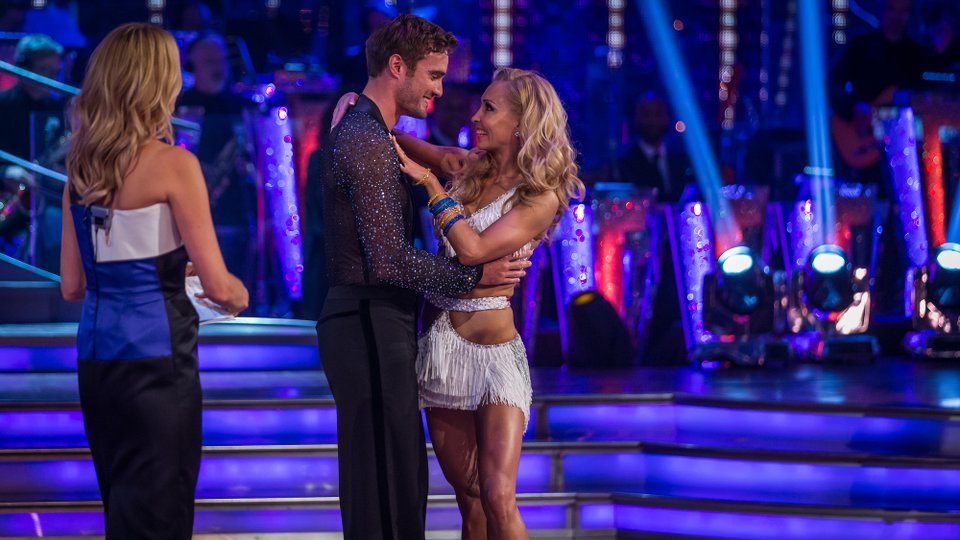 Strictly Come Dancing returned with a bang tonight as this year’s batch of celebrities found out who they would be dancing with over the course of the series.

The launch show kicked off with a spectacular routine that culminated in Bruce Forsyth handing over the baton to Tess Daly and Claudia Winkleman as he stepped down from presenting the show. Fear not though as Brucie will be back for the Christmas Special.

Musical guests tonight were 5 Seconds Of Summer and Smokey Robinson who performed with Imelda May. Reigning champion Abbey Clancy returned to perform her Waltz with Aljaz Skorjanec.

Tess and Claudia revealed the celebrities pro partners over the course of tonight’s launch show and now the couples have three weeks to train hard ahead of the first live shows of the series.

The female celebrity pairings are:

The male celebrity pairings are:

Strictly Come Dancing will return for the first of its live shows on Friday 26th and Saturday 27th September 2014 on BBC One.