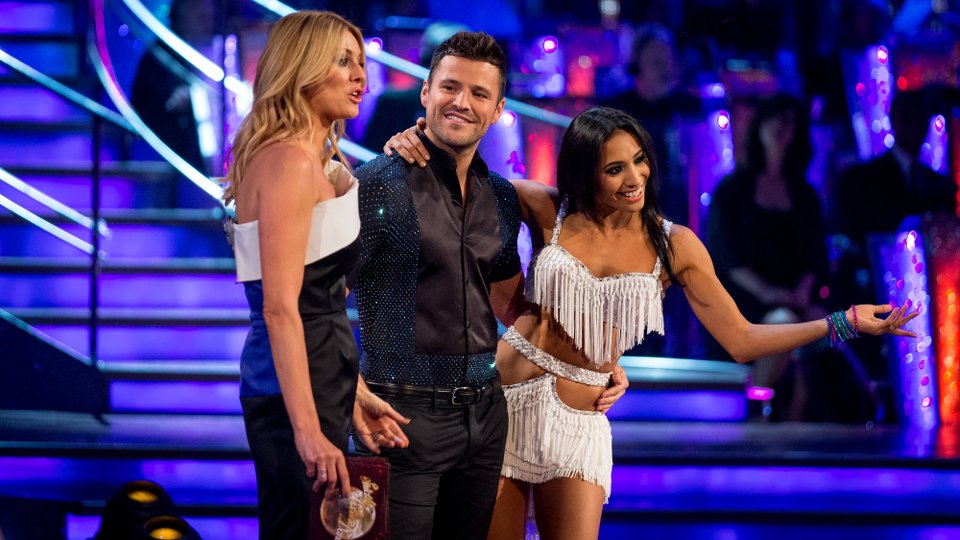 Karen Hauer celebrates her third year as a pro dancer on Strictly Come Dancing this year.

In 2012 she danced with former Westlife star Nicky Byrne and last year she entertained the nation dancing with Hairy Biker Dave Myers. During tonight’s launch show Karen discovered she will be dancing with former TOWIE star Mark Wright on the new series.

We caught up with Karen to talk about dancing with Mark, find out what his natural ability is like and to discuss what’s coming up on this year’s series.

The nation has just found out you’ll be dancing with Mark Wright on this year’s series. How do you feel about that?

I am ridiculously happy! Really, really happy. It’s funny because during the Strictly mingle when we first meet the celebs I didn’t really get to dance with Mark that much so I didn’t get to know much about him, his personality or anything. He seemed very quiet and shy. I was usually dancing with Gregg (Wallace) or Tim (Wonnacott) who are fantastic and a really fun laugh. I was really surprised that I got Mark and I’m really excited as well. When we started talking…he’s just the sweetest man and just the nicest person ever. He’s very smiley and he really wants to try hard because he’s just a beginner. Most of the other celebs have a good right foot but let’s hope that Mark has two right feet by the end of the series (laughs)

Where will you be training with Mark?

I have to travel to Essex which should be an adventure for me because I’ve never been around that area. I’m really looking forward to seeing what Essex is all about and finding out more about it. Hopefully Mark will help me out with that!

Mark is a very busy man! Does he have anything else on at the moment or is he concentrating solely on Strictly?

I think he’s concentrating solely on Strictly but he does have a radio show too. I’m not sure if he’ll take a break from it but I know his main focus right now is going to be doing Strictly. He wants to do well and I’m really excited.

Dancing with Mark is going to be a very different experience to dancing with Hairy Biker Dave last year isn’t it?

Yeah very different but I want Mark to enjoy every moment. Every celebrity’s journey on Strictly is different but we always want them to have a good time and to have great memories of Strictly. With Mark I’m going to try and bring the best out of him on the dancefloor. He seems very focused and up for it and giving it a good kick. I’m really looking forward to working with him. Nothing’s going to be like last year’s Salsa with fruits on my head and Dave holding maracas whilst I push him in a trolley but we’ll see what Mark and I do this year (laughs).

Have you had chance to start planning your routines for this series yet?

I have the whole series planned out (laughs) No! Actually tomorrow we’re going to record our intros with our celebs and it’s one of those things that the more I do research on Mark, the more I see his personality, talk to him and see how he really is I think that’s when the routines and the ideas will start coming out. From watching him so far he can move very well so I’m not going to hold back. I’m going to throw ideas at him and make him take risks and do a lot of different characters. He’ll love every second of it. I’m going to throw everything that I have and hopefully he’ll embrace it.

This is your third year as a professional on the show. Are you feeling really settled on the show now?

Oh yeah! I feel part of the furniture now…I’m a couch! (laughs) Strictly feels natural now and like family. Everybody is so nice on production, backstage and hair and make-up – they’re incredible. It’s a really good positive energy. It feels really nice just to go somewhere where you feel at home.

We hear that the group numbers this year are going to be even more spectacular than last year’s. What can you possibly do to top the last series?

We’re bringing in everything – clowns, animals (laughs) No I’m kidding! The level this year is just incredible. I just want you to wait and see and you’ll be surprised. It would be a shame for me to tell you what’s going to be happening. Wait and watch and hopefully you will be blown away.

Once the show has been back for a couple of weeks a dark horse usually emerges. Do you have any inkling who that might be this year?

The first and second week is when you start seeing the real potential coming out. Everybody is really excited for the first show and they want to try and do their best. We’ll start to see the competitive side and who wants it really bad. They all want to do great but you’ll seen the ones that really start taking it seriously and putting in the hours. Usually that dark horse pops out the second week.

Strictly Come Dancing returns to BBC One on Friday 26th and Saturday 27th September with the first of the series’ live shows.