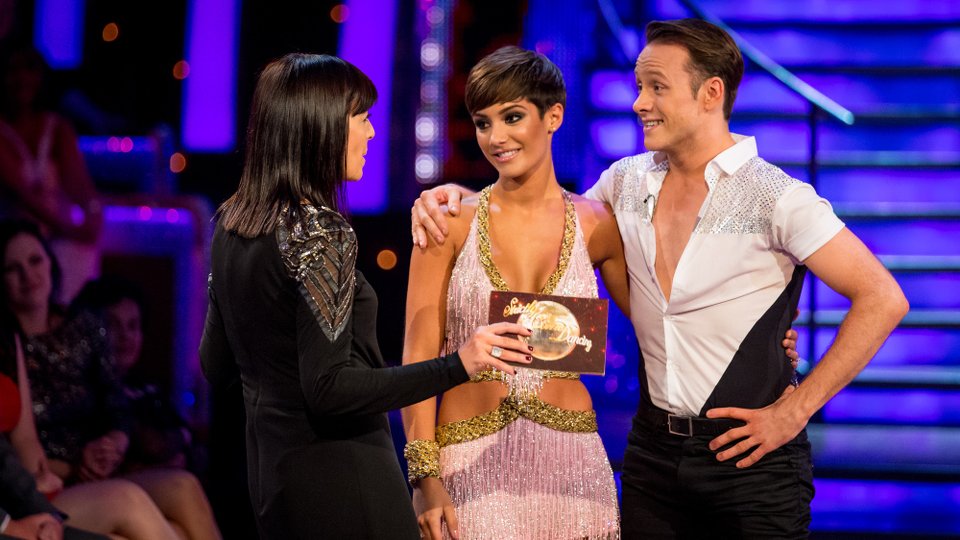 Kevin Clifton made his debut on last year’s series of Strictly Come Dancing and what an impression he made.

In his rookie year he made it all the way to the final with breakfast presenter Susanna Reid and became one of the breakout stars of the show. This year he’ll be dancing with Frankie Bridge from The Saturdays.

We caught up with Kevin to talk about Frankie, the changes to the Strictly pro line-up and to find out who he thinks his biggest competition is.

On tonight’s launch show we just found out you’ll be dancing with Frankie Bridge from The Saturdays. How pleased are you about that?

Yeah really pleased. First of all she’s one of the only girls that’s not taller than me (laughs). I’d nailed it down to a few girls and I was watching the smaller girls during the day we met the celebs. She’s great. A really nice girl and she’s really sweet and friendly to everyone. I was watching her in the big group dance that we’re all doing and I was thinking she’s got a lot of potential. I’m really looking forward to it. Now we’ve hung out in the bar after the show and I’ve met her husband. Everyone seems really nice and just ready to go. I can’t wait to get started.

When do you start your training this year?

Officially it’s Tuesday but it also depends on the celebrity’s schedule as well. For the first two weeks of training it looks like I’ll be going on tour with The Saturdays (laughs). They’re doing a UK tour for a few weeks so up until that first show I think I’m going to have to be training her during the day and then she’ll be performing at night. There’s worse jobs than going on tour with The Saturdays! (laughs)

As Frankie is in a pop band people may be expecting her to be a natural on the dancefloor. Do you think that will be added pressure?

There are expectations but there’s a few of the celebs this year that look like they’ll be pretty good. I had a good first year last year with Susanna (Reid) and the only way to top that this year is to win! I don’t want to think about the pressure too much and just want to get on with the dancing, enjoy what we’re doing and see what comes of it really. I don’t want to think too much about the results just yet.

There are a lot of changes on Strictly this year with the departures of Artem Chigvintsev and James Jordan, Bruce Forsyth stepping down and Robin Windsor pulling out due to injury. What’s it been like working with the new pros?

Obviously we miss Robin a lot as he’s always a brilliant energy in the room. Bruce leaving is a big part of Strictly but he’ll be around at the launch show and for the Christmas special and I think he’s doing Children In Need as well. It’s actually been a really nice atmosphere in training and meeting the celebs. Everyone’s working really hard and in a really upbeat vibrant mood. The energy in the camp is really brilliant and I’m enjoying working with everyone.

Of course your sister Joanne is one of the new professionals on the show. This is the first time that siblings have been pros at the same time on Strictly isn’t it?

Yeah that’s right. Actually in the old Come Dancing back in the day, my dad and his sister were both on it and competed against each other on that. They were the first on Come Dancing so now it’s quite nice to competing with my sister on Strictly.

Joanne is coming into the show as the reigning world professional showdance champion. It should be good and really exciting.

Strictly Come Dancing is the biggest show on TV in the UK. Do you feel the pressure to do your part in making it even bigger and better this year?

I think we always want to strive to be better regardless of where that comes in the ratings or compared to other shows. You always just want to be better than yourself and Strictly wants to be better than Strictly last year. In terms of the work we’ve done so far with the choreographers – like the group numbers – the choreographers are really pushing us this year. The level of the group numbers has really gone up a notch and everyone is really pushing for it to be an even better show than the great success it was last year. We’re competing against ourselves and we’re always striving to be better than we were before.

Have you had much opportunity to suss out the competition yet?

Over the last few days since we met all the celebs, we’ve been looking at how they move and how they are. We only just found out who we were dancing with so we’ve been looking at who might be a potential partner and if not could they be competition. Most importantly there’s just a really friendly atmosphere and I think everyone is going to be very supportive of each other. Ask us again a couple of weeks (laughs).

Strictly Come Dancing returns to BBC One on Friday 26th and Saturday 27th September with the first of the series’ live shows.