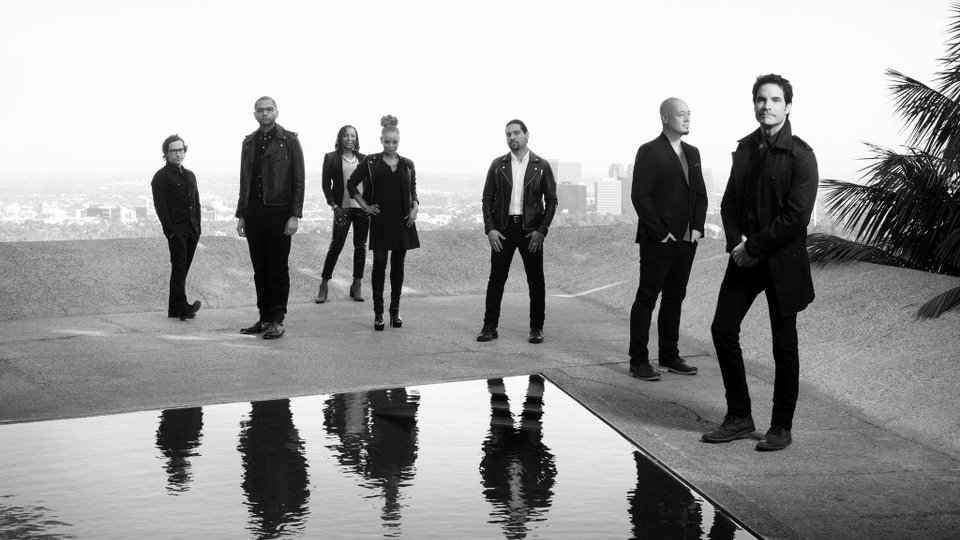 Train have been around for an incredible 20 years and are best-known for hit songs Drops of Jupiter (Tell Me) and Hey, Soul Sister.

The band are releasing new album Bulletproof Picasso on 15th September which is the follow-up to 2012’s California 37. It will be their seventh studio album and features the lead single Angel in Blue Jeans.

We caught up with the Train’s lead guitarist Jimmy Stafford to talk about the album, discuss the band’s career highlights and find out when they will be heading to the UK to play live.

Hi Jimmy. How are you doing today? Where does this Q&A find you?

This Q&A finds me in a lobby in Sony Music HQ in London and I’m happy to be here.

Your new album Bulletproof Picasso is coming out in September. What can your fans expect from the record?

In my opinion this record is our best collection of songs that we’ve ever put out on an album. It’s almost like a link to the past and the future. It’s almost as if the previous albums have led to this one and it sums it all up. I think the fans – older fans of Drops of Jupiter, Meet Virginia and stuff like that – are going to really appreciate this record as well as newer fans of songs like Hey Soul Sister and Drive By.

Tell us the concept behind the album. We hear that it’s going to be a bit different from your previous releases?

I don’t know that it’s as much different as a natural progression. It’s where we are at this point in our career but I also think lyrically it’s Pat’s strongest work. It just seems like a more mature album both musically and lyrically with really great melodies. We’re really excited about it.

The music video for Angel In Blue Jeans has created quite a buzz. How did you get Danny Trejo and Hannah Simone involved?

We paid them a lot of money! No I don’t really know. We started with a concept that we were really excited about because we always are the band in our videos and Pat always gets the girl. We’re the good guys. When the concept was presented to us to get one of the most badass dudes out there Danny Trejo who usually plays the villain to play the good guy and to get us to play the bad guys with Danny lipsyncing the song and getting the girl it was very appealing to us. We went after him and we were able to get him on the video. He was a super sweet guy to work with and we spent 15 hours in the desert with him and he didn’t complain once. We were really happy with the end result.

The video is really cinematic. Who came up with the concept?

A young director named Brendan. He’s only worked on a few things before and he’s so new that I don’t know his last name or anything. I just call him Brendan (laughs).

Train have been around for 20 years now. What would you say are the most important lessons you’ve learned during that time?

I don’t know. It’s just been such a slow natural growth. I’m sure we’ve learned some lessons along the way. I guess the most important lesson is to enjoy what you’re doing and if you’re not enjoying it you have to find a way to enjoy it and keep doing it. I think that’s the same with any job. You have to be happy and you only get one life so make yourself happy doing what you love to do. We’ve had to make some changes through the years to do that but they’ve all been necessary changes that have enabled us to keep doing what we do.

What has been the highlight of your careers so far?

There’s been a lot of highlights. When you’re a kid and you dream about being successful you hope you can get a hit song on the radio. You don’t think about all of the tangible stuff like getting a Grammy and playing the National Anthem at a football game in front of 60,000 people and stuff like that that comes with it. Playing certain beautiful venues round the world and getting to meet some of the people you’ve really looked up to in the music industry. You don’t really think about all that stuff and it happened to us. They were all highlights and there are still highlights. This new record is a highlight and an achievement and we’re really proud of it. The buzz that’s going around it right now and getting to go out and do all this promotional stuff so people are getting chance to hear the new songs and they’re excited. That’s a big deal for us.

When can your UK fans see you playing live next?

We are doing a bunch of promotional press for the album right now. We’ll be back in February to do a proper tour of the UK and we’ll probably go to parts of Europe too.

How have you found UK audiences? In what ways do they differ to the US?

We love coming here and the audiences are great here. We’ve always wanted to succeed here and it’s always been very important to us. It’s our feeling that this new album could be our biggest album in the UK yet. I think it’s going to appeal to UK audiences. We love playing here and the audiences are always great. I don’t know that audiences are really different anywhere but it seems that UK audiences are very knowledgeable about music and they listen. They appreciate really good music so we’re able to pull out some deeper cuts when we play over here. Maybe even songs they haven’t heard before off older albums because there’s an appreciation for good music so you don’t necessarily have to play all the hits even though we’ll still play all the hits. We’ll throw in a couple of surprises too as you can get by with that over here.

We’re going to spend most of the rest of the year promoting this new album and travelling around the world to Australia, the US, Europe doing press and TV shows and making people aware of this new music we’re putting out. Then we can come back next year and do a bunch of shows.

Train release their new album Bulletproof Picasso on Monday 15th September 2014. Watch the video for Angel In Blue Jeans below:

Advertisement. Scroll to continue reading.
In this article:Jimmy Stafford, Train