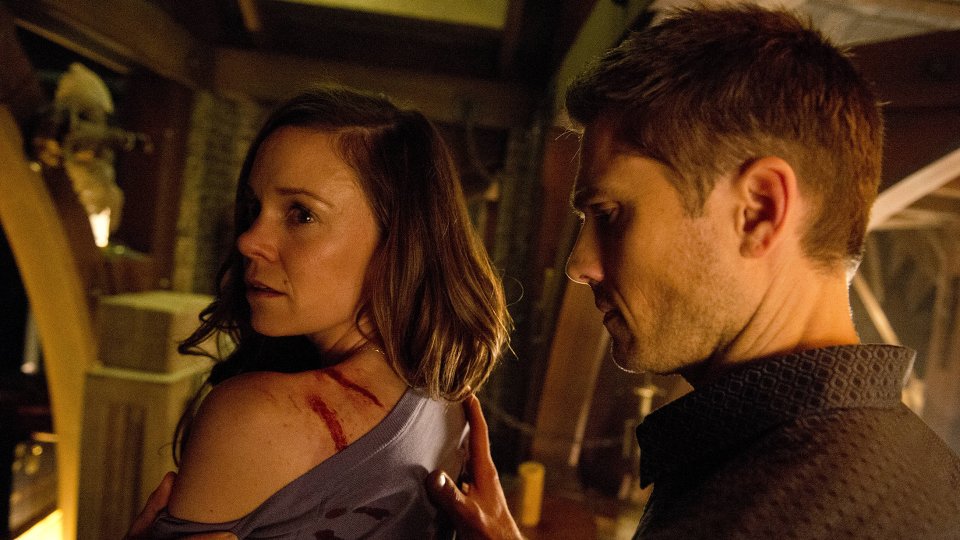 Family issues continued to rumble on in the Beauchamp house during the latest episode of Witches of East End.

Wendy (Madchen Amick) and Joanna (Julia Ormond) butted heads over Frederick’s (Christian Cooke) true intentions after seeing him performing a ritual in the woods. Frederick appealed to his mother that he was trying to rid himself of his grandfather’s mark but Wendy isn’t so sure. We learned a lot about the Beauchamp’s history through flashbacks as they tried to leave Asgard.

Elsewhere in the episode Ingrid (Rachel Boston) grew closer to Dash (Eric Winter) as she tried to help him learn how to control his powers, Freya (Jenna Dewan Tatum) found Killian (Daniel DiTomasso) and he was married, and Victor (Joel Gretsch) was kidnapped by a mystery person/thing.

The next episode of the season is The Brothers Grimoire. Wendy and Tommy (Ignacio Serricchio) have a disastrous series of meetings, Frederick’s old friends make an unwelcome visit and Dash and Killian receive their inheritance.

Tune in to Lifetime at 10pm on Monday to see the episode. Preview it with our gallery below: