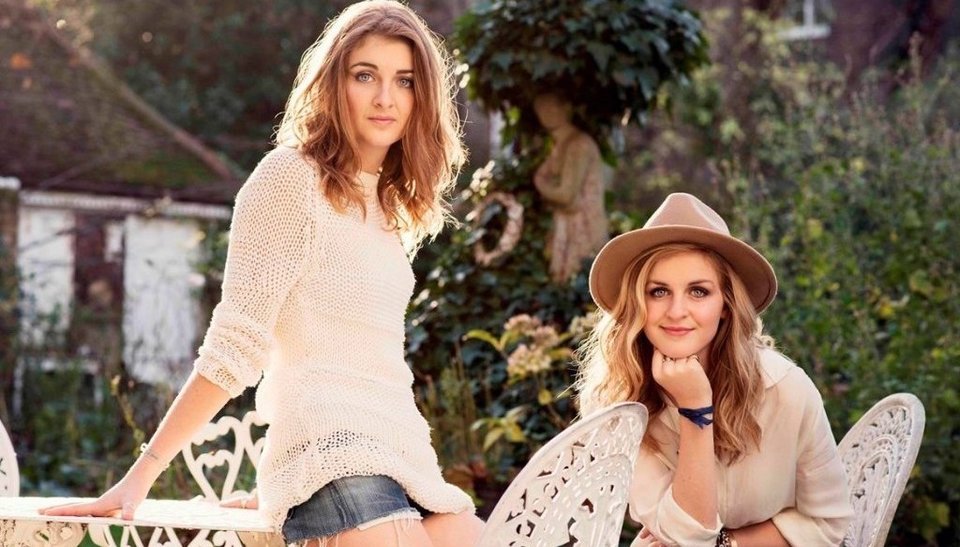 British country artists you say? Well, that’s not something you hear every day now is it? With the sounds of Country music becoming more and more prominent, with the success of the hit television series Nashville and with the recent success of C2C (Country to Country) that has taken place over the last few years in London’s 02 arena, it is clear that country music in the UK is thriving, although we’re not very often exposed to this kind of music on the mainstream radio stations. We’re hoping that this will change, because people’s outdated views on country music, is on the whole, very tunnel visioned and it’s a shame that this genre of music doesn’t get the right credit and right amount of exposure over here. You’re not likely to find any more original songs, in any other genre. Listening to the lyrics in country songs show you what great storytellers they really are.

With our newly found love of country music, we are very excited about Ward Thomas. It’s not always easy for us Brits to connect to the lyrics in some of the songs that country artists create, which are very much in the rural American country scope, but 20 year old twins Ward Thomas are set to wave the flag for British country music in a big way, by putting their own stamp on the songs, in a British way. Hailing from Hampshire, the connection between there and country music may not initially be obvious, but the ladies were brought up on a rural live stock farm and their first taste of country came when they were exposed to the fantastic music of the likes of Carrie Underwood, Johnny Cash, Dixie Chicks and Alison Krauss.

Both the Ward Thomas ladies have that all important ‘pop-star’ (or ‘country-star’) vibe and look about them, which match their mellow and catchy songs. They had a couple of wobbles on-stage, which we feel were down to nerves, but once they got control of that, they were absolutely great. With time, these ladies will certainly know how to completely rock it. We are looking forward to seeing their progression, because as they develop as artists, we are confident that they have got what it takes. If they continue at the rate that they’re at now, these ladies will seriously mean business. The harmonies between the sisters are beautiful and they have demonstrated that they are strong singers, when playing live.

What we enjoyed about them, is that they are not trying to be ‘American country artists’, but are doing their own thing, with a distinct British feel to it, with a crossover appeal. Some of our favourite songs were: Guest List, Town Called Ugley and From Where I Stand. They definitely got in to their stride as their gig went along and their final two songs, where they put down their guitars and just lost themselves in the moment on stage was actually our favourite part of the show, more of this please ladies! They really did save the best til last.  We are looking forward to hearing more about Ward Thomas in the near future and they are definitely ones to watch out for.