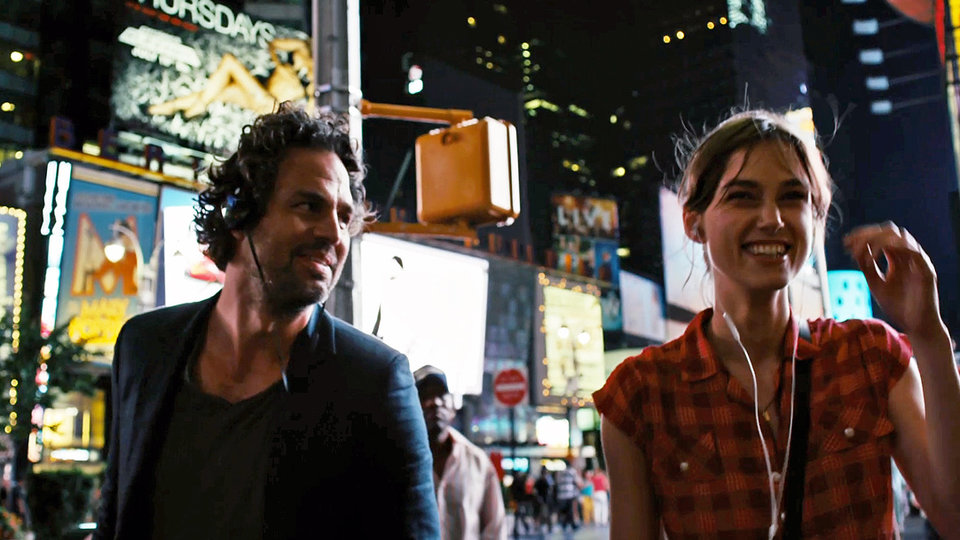 To celebrate the release of Begin Again, starring Keira Knightly, Mark Ruffalo, Hailee Steinfeld, Adam Levine and James Corden, in cinemas July 11th, we’re giving you the chance to win one of 5 spectacular musical goody bags, plus a copy of the soundtrack!

Check out our ★★★★ review of Begin Again

Funny, inspirational and uplifting, Begin Again unites film and music’s finest talent. The film follows Greta (Knightley) and her long-time boyfriend (Levine) who, seduced by dreams of making it in the big city, move to New York to pursue their passion for music. Heartbroken when he rejects her for the fame and fortune of a big solo contract, Greta finds herself alone and far from home. Just when she’s decided to move back to London, life begins to look up when a down-on-his-luck record producer Dan (Ruffalo) stumbles upon her singing during an open mic night.

Captivated by her raw talent and inspiring authenticity Dan persuades Greta to take a fresh approach to making music and together they transform the streets of New York in to their recording studio, giving the city and their careers one final shot.

The beautiful film soundtrack, which is released on the 7th July courtesy of Universal Music, contains songs from the film sung by cast members Adam Levine, Keira Knightley, CeeLo Green and Hailee Steinfeld. For your chance to win one of these as well as a goody bag filled with a headphone splitter, sunglasses, t shirt, coaster & USB, simply watch the trailer and answer the question below.

BEGIN AGAIN IS OUT IN CINEMAS ON JULY 11

In this article:Begin Again, Competition