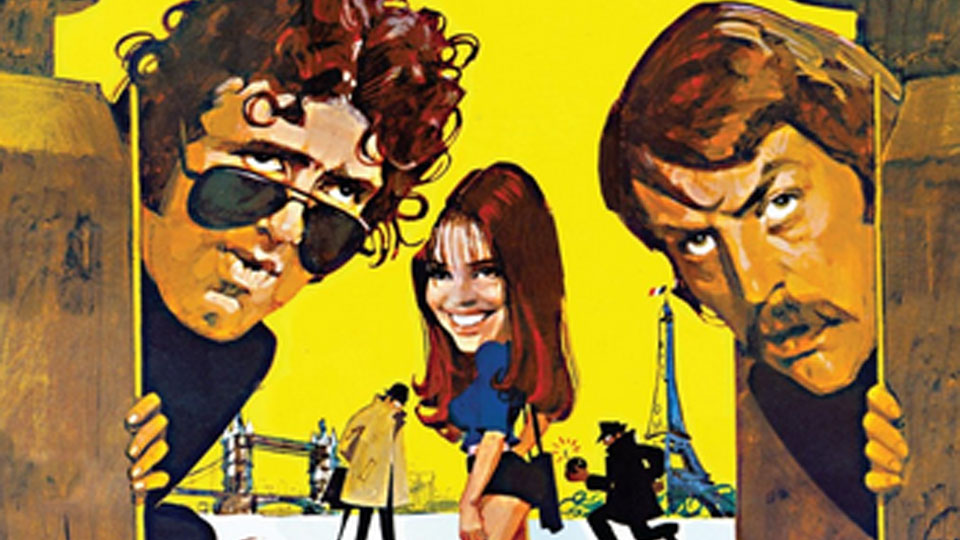 Donald Sutherland and Elliott Gould teamed up brilliantly in Robert Altman’s MASH. S*P*Y*S is a blatant attempt to cash in on the success of MASH and reunite the duo for more anarchic shenanigans on the big screen (watch the trailer for the movie on the DVD extras to see just how unashamed the producers were to remind cinema-going audiences how good the actors had been together in the earlier film).

The trouble, worth stating at the outset, is that 1974’s S*P*Y*S isn’t in the same league as MASH, and as a light-hearted spoof compared to the majestic satire of MASH, it was never going to be. The producers’ attempts to draw comparisons between the two inevitably leaves S*P*Y*S more disappointing than it otherwise would be. It’s a watchable spoof spy movie that is quite good fun; though the plot is gibberish and it’s only ever amusing rather than laugh-out-loud funny.

Gould and Sutherland play Griff and Bruland, two CIA agents dispatched to Paris where they are assigned by their boss Martinson (Joss Ackland) to oversee the defection to the west of a Russian ballet dancer (the pretty Michael Petrovich). Naturally, the operation doesn’t go according to plan, forcing the hapless agents to help various sides from French anarchists (led by Zouzou) to the CIA in order to stay alive. The defection proves just a bit of MacGuffin to start the plot, and rather than resolving it, more and more MacGuffin is thrown in, including lists of Russian agents on microdots hidden on a small dog and conveyed via carrier pigeon (cue lots of slapstick scenes with animals), and the Chinese who are supposed to have something to do with the plot, but never ultimately become involved. By the final act most viewers will have switched off from following the tenuous story (it’s hard to believe a screenplay this badly structured had three people working on it – or is it a matter of too many cooks?).

Where S*P*Y*S succeeds is in its subgenre of buddy movie (these days it would be called a ‘bromance’). Gould and Sutherland are great fun to watch, and it’s always a treat to see them together on screen. Sutherland is an especially appealing and charismatic performer, and a ludicrous car chase is vastly improved by his facial reactions coupled with the welcome return of the style of ridiculous sun hat he wore in MASH. Sutherland also excels himself in staging a fit in a restaurant – a wheeze to avoid paying the bill. Sutherland is as adept at playing comedy as he is at straight roles (such as his career-defining turn in Don’t Look Now). The location shoots in Paris and London are well-handled, and prove another aspect of production that works in the movie’s favour.

There are a few notable appearances. Welsh actor Kenneth Griffith (The Prisoner) is on scene-stealing form as Lippet, the double agent with the dog; whilst Joss Ackland is always a welcome presence in any cast, and makes his part as the dodgy CIA boss enjoyably over the top.

Ultimately, S*P*Y*S is a very lightweight and fairly nonsensical spoof that isn’t quite as funny as it would have been with a coherent script. It’s is a movie of amusing moments, rather than the sum of its parts. Despite that: enjoy it for what it is. It’s a good fun no-brainer, and aficionados of Sutherland and Gould will enjoy seeing them teamed up again, even though the movie will forever live in the shadow of MASH.