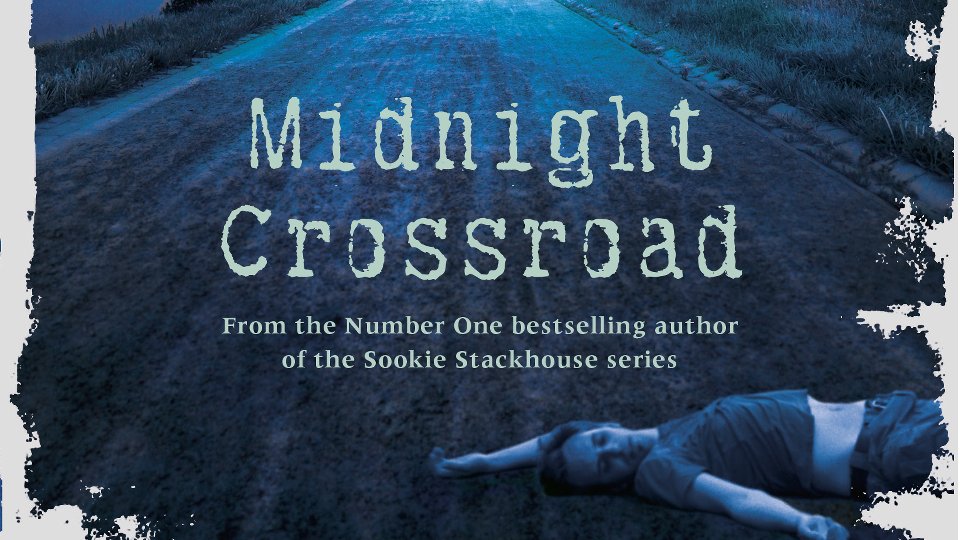 Charlaine Harris brought her Sookie Stackhouse series to a close last year with the 13th instalment in the series, Dead Ever After. The best-selling author has turned her attentions to a new series which features a handful of familiar characters alongside a host of new ones. Midnight Crossing is the first book of a planned series that takes place in the small and mysterious town of midnight.

Psychic Manfred Bernardo, who fans will know from Harris’ Harper Connelly series, moves to Midnight where he meets a interesting mix of people including pawn shop owner Bobo Winthrop (from Harris’ Lily Bard series), witch Fiji and vampire Lemuel. Arthur Smith, the police detective from the Aurora Teagarden series, also features. As Manfred gets to know his new friends, he walks straight into the mystery of the disappearance of Bobo’s girlfriend Aubrey who seemingly ran away. As this is a Charlaine Harris book you know that murder isn’t too far away.

Midnight Crossroad offers something a little different for fans of the author’s previous work. The narrative doesn’t focus on the point of view of a single character, instead opting to look at things from three different characters’ perspectives; Manfred, Bobo and Fiji. This change in style is interesting because there isn’t really a main character.

As the book is the first in a planned series, Harris manages to plant plenty of seeds for later books. Each of the town’s residents seem to have their own secrets so we expect that further books will explore those. Midnight Crossroad essentially serves up a murder mystery whilst setting the scene and the tone for the Midnight series. Harris knows her way around a mystery and she’ll keep you guessing until the last few pages. Her wealth of characters means that you’ll suspect several before you land on the right one.

At the heart of Midnight Crossroad is the ensemble of characters who offer diversity and intrigue. Whilst the familiar ones need no introduction, it’s the new ones that really intrigue you. Vampire Lemuel is one of the most interesting of the new characters. He runs the pawn shop with Bobo, but of course being a vamp he takes the night shift. He isn’t the kind of vampire that appeared in the Sookie Stackhouse series either but we won’t reveal all of his secrets in this review.

Midnight Crossroad is a promising start to Harris’ new series and we’re excited to see where she takes the story with the next book. There is definitely plenty more to explore with the various characters and who knows maybe we’ll see even more familiar faces from Harris’ series as this new one progresses? Midnight Crossroad is an addictively good read and fans of Harris won’t be disappointed.