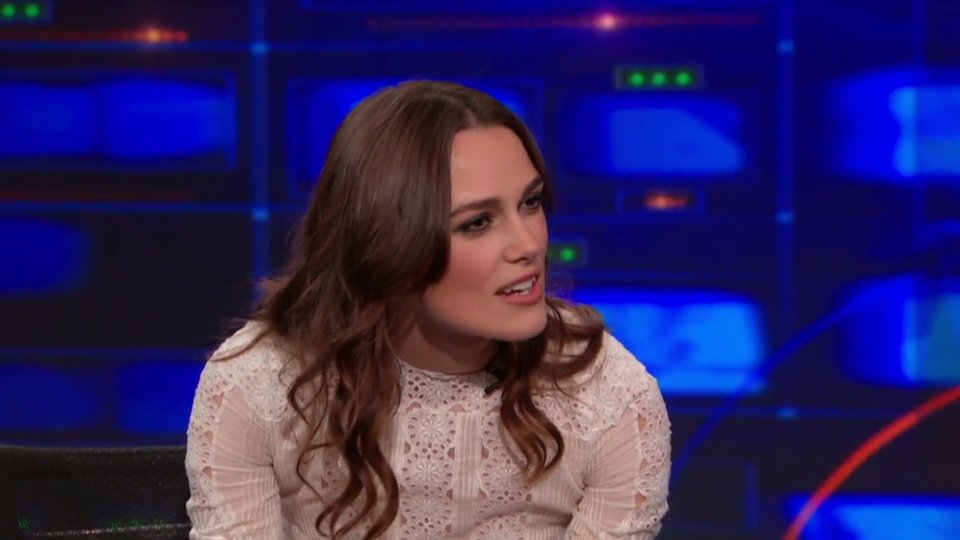 The musical drama sees Keira show off her vocal chords as she’s required to sing for the role. Speaking to host Jon Stewart, Keira revealed, “I was just quite disappointed that I didn’t sound like Adele.”

She goes on to explain, “I wasn’t given the songs until 2 days before I had to go into the studio and I’m not a singer, I really don’t know how to do this, we just got in there and said…this has to work.”

The Daily Show airs tonight at 1.10am on Comedy Central Extra. Check out a clip from the show:

Advertisement. Scroll to continue reading.
In this article:Keira Knightley, The Daily Show