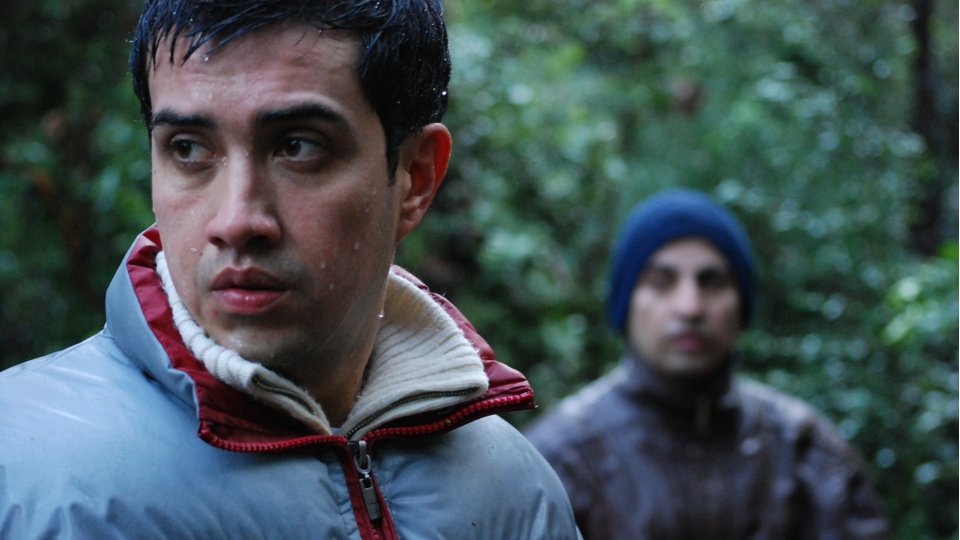 Hugo (Hector Morales) is captivated by middle-aged boxer Octavio (Roberto Farias) but tries to keep his feelings under wraps. When it becomes clear that Octavio has feelings for him, Hugo tries to fight them but eventually gives in. Soon the pair enters into an intense romance that they have to hide in the small town in Southern Chile that they live in. They move Santiago to try and build a life together but nothing goes as they planned.

My Last Round is another entry into the coming out genre of LGBT cinema. Hugo and Octavio’s relationship is set against the backdrop of a country that wouldn’t accept them as well as the world of boxing which is known for being a ‘real man’s’ sport. These two conflicts, as well as Hugo’s own internal conflicts, provide the catalyst for the main drama of the movie.

The move to Santiago causes further problems for Hugo and Octavio. Hugo struggles to find work and finds himself the object of a female colleague’s affections, something he doesn’t do much to ward off. Octavio is completely unaware of what’s happening and after finding work as a barber makes the decision to get back in the boxing ring. Early on in the movie it’s revealed that Octavio has epilepsy and his career as a boxer could end up killing him.

There’s a real feel of inevitability about the film as it reaches its climax. The direction and story by Julio Jorquera Arriagada is under-stated and could have done with being a bit more defined. The story is fairly loose and it’s not always clear why the characters behave and react in the way that they do. At times the film drifts with the story getting lost in the eye-catching camerawork, particularly during the boxing sequences.

The performances of Hector Morales and Roberto Farias are the real hook for My Last Round. Farias in particular brings a lot of believability to his role and he becomes the character you care the most for. Morales on the other hand does a good job of portraying the conflict that Hugo experiences and he does manage to make you feel some sympathy despite acting rather selfishly throughout the film.

My Last Round is a solid enough film but it’s not particularly memorable. The storylines are ones that we’ve seen time and time again and whilst the central performances are strong, the film won’t leave a lasting impression. You can see where the film is heading early on and the lack of surprises is one of the disappointing things about it.