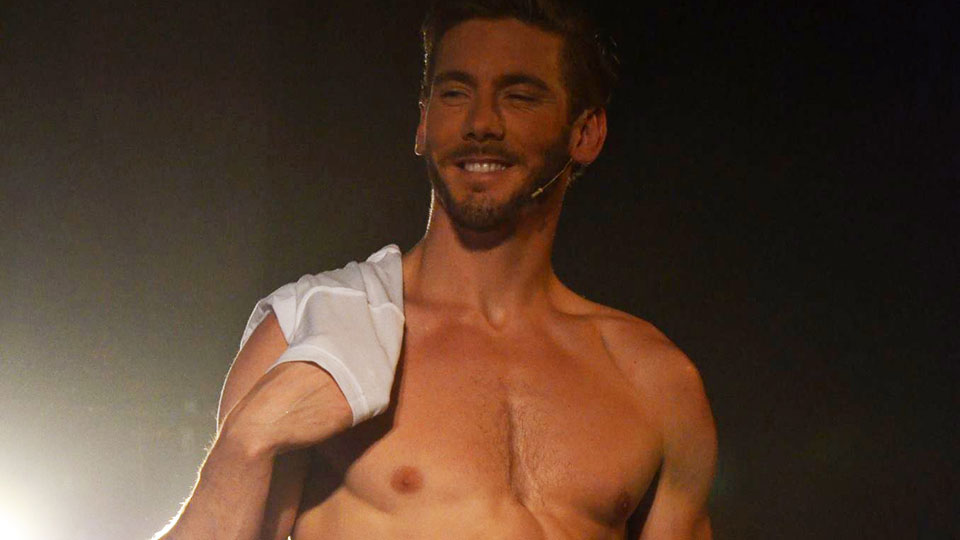 Having the show set in The Cinema Museum (a venue well worth visiting) is a perfect setting choice and matches what the show is about, as it looks like something out of a trendy warehouse in Lower Manhattan, or Shoreditch, when in actual fact it is in humble Elephant and Castle. Staged with a specially created catwalk run, Fashion Victim – The Musical! was launched last year, as a pilot pop-up event, to coincide with London Fashion Week.

The blurb sells the show as a must-see for all front row fashionistas in the making, however apart from a few model/actors taking part in the show, we feel like the show did not fully live up to our expectations, never really fully reaching its potential. We were expecting a lot more fun and for the show to be fast-paced and more eye-catching. We also think that if you are going to put on a show focusing on fashion, you really need to know the in and out of it, as otherwise, it comes across as what people’s outside perception is, rather than from the inside out.

The story, as the title suggests, surrounds the bitchy, narcissistic and also the beautiful world of fashion, with a few cliché love spats. The token fabulous, OTT, queenie Jake Spangle had enough verve and stage presence to pull the part off completely and was given his fair share of funny lines, which he delivered greatly. However we feel that the remainder of the performances often came across as slightly amateur on the whole and that is because we feel that parts of the script weren’t strong enough. Model and actress Camilla Rutherford showed up and made a cameo, fleeting appearance and is the first in a series of celebrities who will be making an appearance over their two week run of the show, although we’re not quite sure what this element really adds to the show, given that she was made to just stand there and not given any lines to say.

We feel like the show has great potential and the idea behind it is good. However, more fashion forward references need to be added, to add authenticity, as we feel that people who actually do work in the fashion world would scoff at the token clichés thrown around. There are a few laughs in the show and the acting on the whole is of a good standard, however the overall feel felt a little amateur, lacking the overall gloss needed.

The show does end of a high however and the lovely one liner to end the show, which was spot on. It’s not a terribly bad show, but it’s just that it’s not as great as it sounds. The show could take a few pointers from Priscilla Queen of the Desert, or Taboo, to show how adding campness and glitz can make a show amazing, rather than old hat and too obvious.

Advertisement. Scroll to continue reading.
In this article:Camilla Rutherford, Fashion Victim - The Musical!, The Cinema Museum